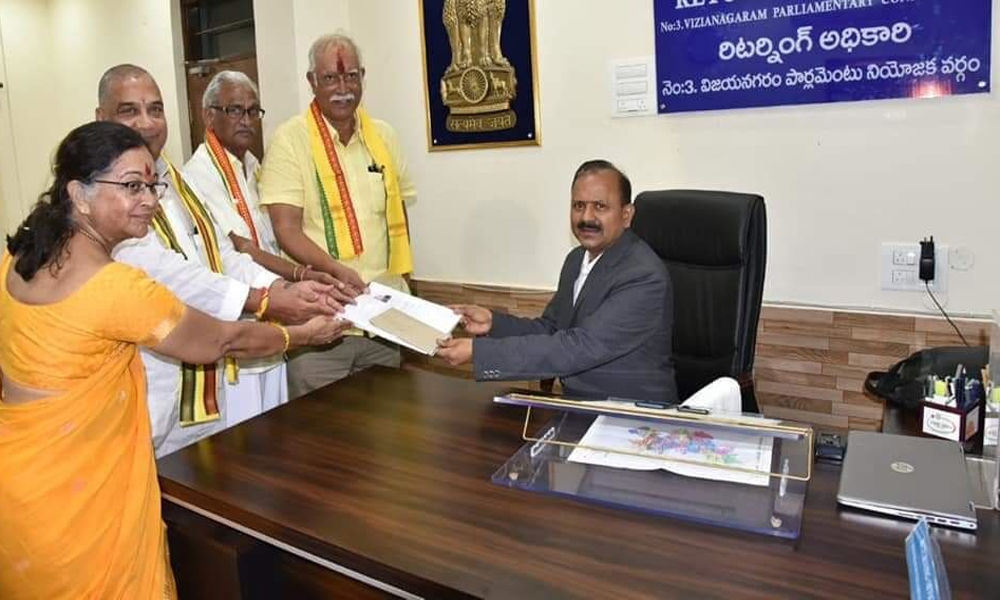 At the same time, his daughter Aditi also submitter her nomination papers as MLA candidate of Vizianagaram on behalf of TDP. K Veerabhadra Swamy, sitting MLC of this town from YSRCP also filed his nomination papers. He reached the returning officer's office in a procession attended by his followers and submitted the papers. B Appala Narasaiah of YSRCP from Gajapathi Nagaram Assembly constituency also filed his papers.