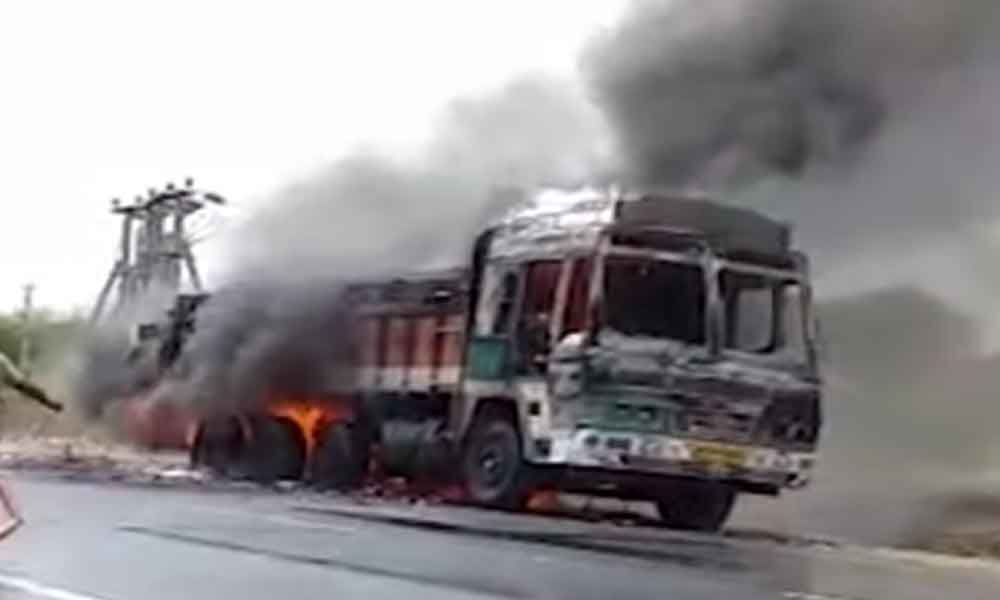 In a tragic incident, a truck with beer bottles load has met with a fire accident on the road in Kurnool district on Monday.

Kurnool: In a tragic incident, a truck with beer bottles load has met with a fire accident on the road in Kurnool district on Monday.

The incident happened near Nandayal RTO office in the district. where the truck has completely damaged and beer in the bottles have evaporated due to the fire accident.

It's said due to the technical problem the fire broke out in the engine and within no time the flames covered the entire truck.

With the intensity of heat, the beer bottles busted and the driver sustained injuries. The locals rushed to help the driver and shifted him to Nandyal government hospital.

The mishap occurred when the truck was transporting beer load from Sangareddy to Nandyal. With this, the traffic on the national high way has been jammed for a long time. The fire rescue team have reached to the spot and put off the fire.