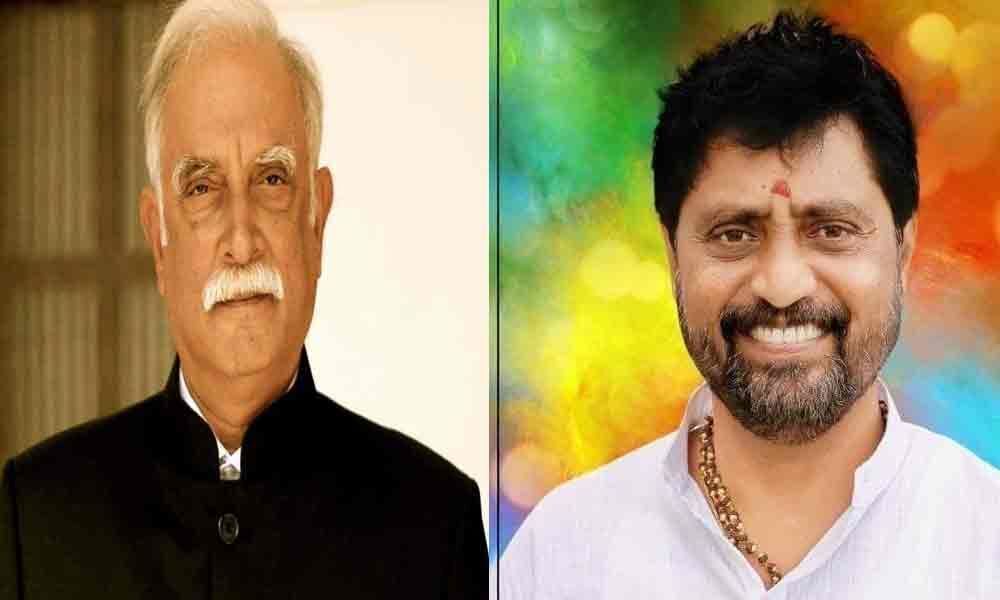 Bellana Chandrasekhar, a not much popular leader in this district all suddenly became a popular personality by defeating a senior political giant P Ashok Gajapathi Raju.

Vizianagaram: Bellana Chandrasekhar, a not much popular leader in this district all suddenly became a popular personality by defeating a senior political giant P Ashok Gajapathi Raju. The leaders, even common man expected that Bellana Chandrasekhar, a resident of Cheepurupalli, will become a scapegoat in this elections as he is going to contest against P Ashok Gajapathi Raju, a six-time MLA, former Union Minister and sitting MP of Vizianagaram.

Actually, Chandrasekhar is not much familiar person to all the seven assembly constituencies which come under Vizianagaram Lok Sabha constituency. But the huge wave of YSR Congress Party and polarisation of Kapu votes have favoured him to win in this tough competition. Election observers and politicians consider this Vizianagaram LS constituency as a celebrity segment and thought that win is a cakewalk for Ashok.

But Chadrasekhar, who worked as Zilla Parishad chief cracked the strong fort of Ashok. Assembly constituencies like Vizianagaram, Nellimarla, Gajapathinagaram, Cheepurupalli, Etcherla, Bobbili and Rajam will come under Vizianagaram LS constituency. Around four of those seven constituencies have strong Kapu vote bank and even Bellana Chandrasekhar also belongs to the same community. So, the Kapu voters have unanimously supported Bellana.

MLA of YSRCP from Nellimarla, Gajapathinagaram, Cheepurupalli got around 20,000 majority and it has helped him a lot to win easily. Even the other backward communities like Koppala Velama also supported to YSRCP in Bobbili and voted for fan symbol. Though Ashok Gajapathi Raju is honest but he has the bad reputation that no common man can meet him to explain their grievances.

The strategies implemented by senior leader Botsa Satyanarayana also have helped Bellana to win over Ashok Gajapathi Raju. M Sridhar ZPTC of Gajapathinagaram and worked for Botsa Appalanarasaiah stated, "We have voted for Chandrasekhar as he is a down to earth leader and easily accessible to all. Anybody can meet him and convey their grievances. Even the public also open heartedly supported him and made him MP."