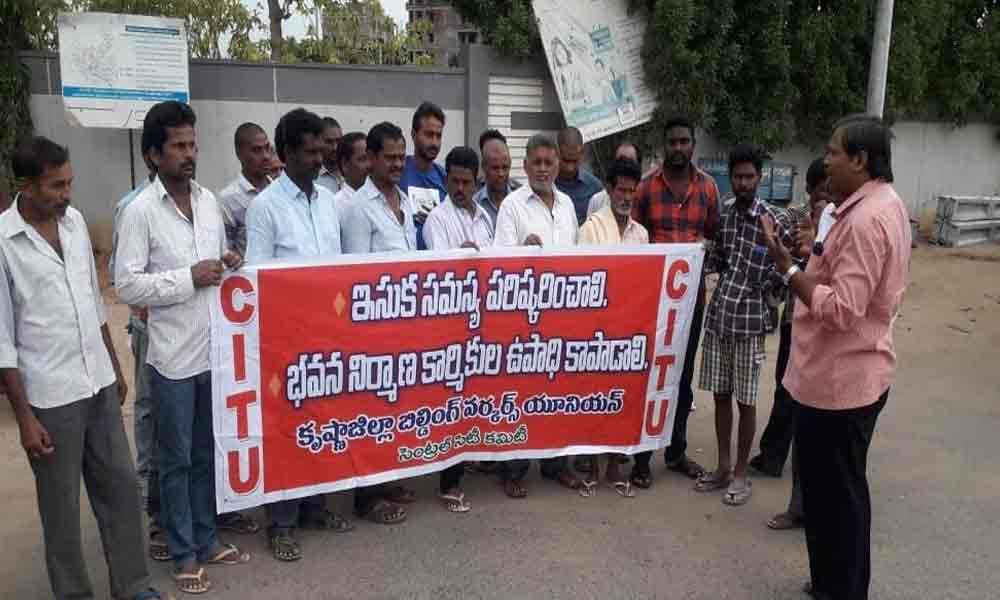 The Krishna District Building Workers Union members staged a protest against the government demanding for the immediate release of construction sand.

Vijayawada: The Krishna District Building Workers Union members staged a protest against the government demanding for the immediate release of construction sand. Speaking on the occasion, central CITU secretary M Sudhakar on Sunday said that the workers could not work in the summer due to severe heat wave.

The new government on the pretext of new policies has stopped sand supply for the past one month leaving the construction workers to suffer without works. He said the government should find alternative to this problem and supply sand.

He alleged that the TDP government had indulged in sand mafia and the construction workers had taught TDP a lesson in the recent elections. The union members welcomed the assurance given by Chief Minister YS Jaganmohan Reddy that there will be transparency in supply of sand unlike the previous government.