Civic chief gets appreciation on I-Day 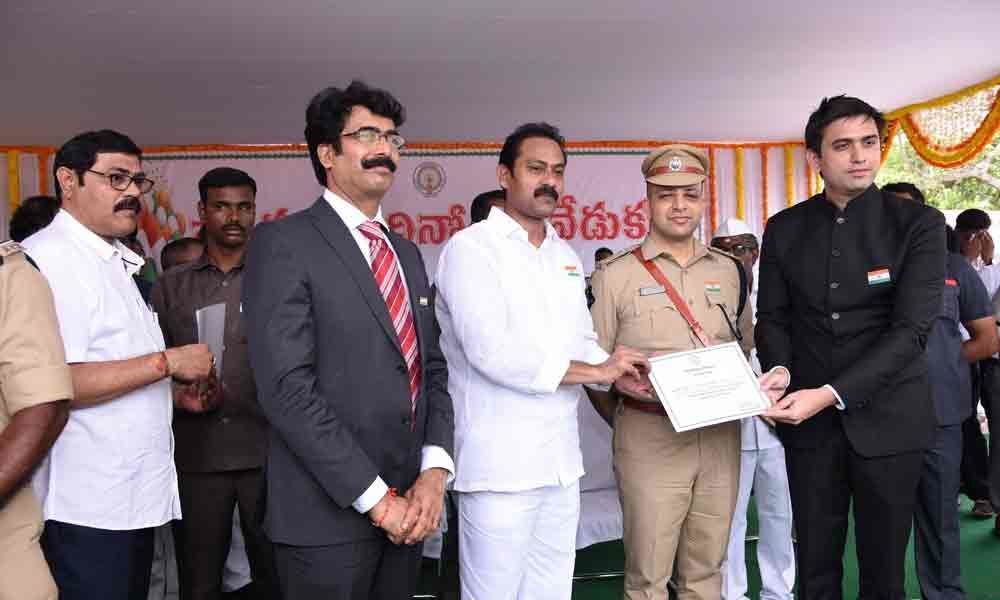 Moreover, he is also conducting Spandana programme effectively. Meanwhile, camp clerk KAP Murthi was also honoured because of his relentless services for many years in commissioner's office. Collector D Muralidhar Reddy, superintendent of police Nayeem Ashmi and others were present.