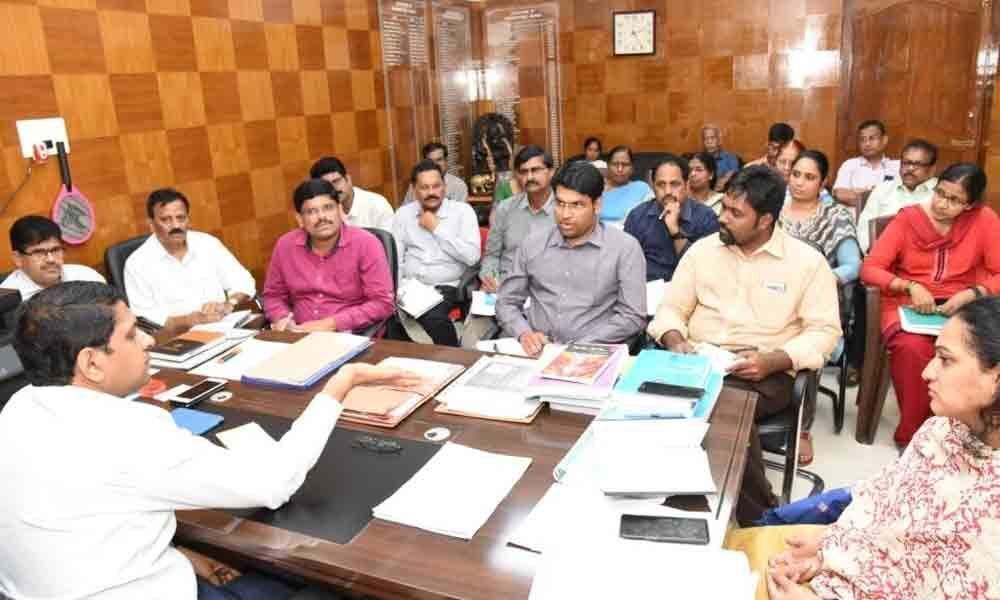 x
Collector and Election Returning Officer K Bhaskar addressing the officials on the counting arrangements in Visakhapatnam on Friday.
Highlights

Visakhapatnam: Collector and Election Returning Officer K Bhaskar expressed anger on the Araku Parliamentary Constituency officials, who failed to send the postal ballot details filed at the facilitation centre arranged in Araku. The Collector directed the official to prepare the proposals to suspend the responsible officials. The proposals would be sent to the Chief Election Officer, Amaravati to take action on the officials.

The collector informed the Returning Officers to make arrangements for shifting of EVMs from the strongrooms and after counting procedures in separate routes. He also directed the officials to make barricade arrangements while bringing the EVMs to the counting centres.

The administration would select contractors to supply breakfast and lunch to the staff and others during the counting. However, the Returning Officer of the respective segment should ensure the supply of food and other facilities, the collector said.