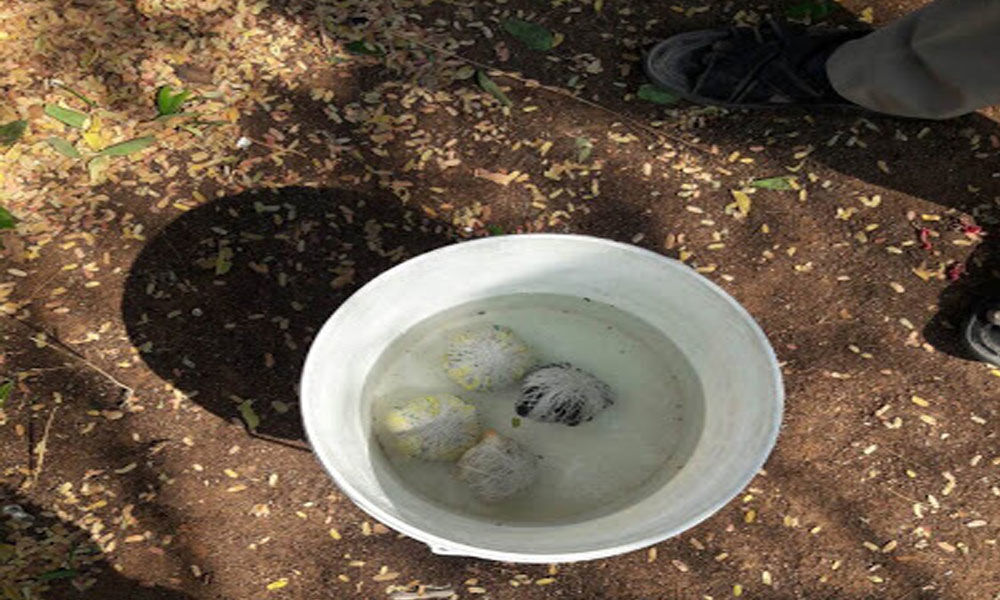 Anantapur: Four country-made bombs were found at Katravulapalli village at Gorantla mandal in Anantapur district. The police have recovered these bombs from the back side of a house, which belongs to YSRCP leader R Venkat Reddy.

As the elections are nearing, the police department has become alert, on finding the bombs in the district. The bombs are carefully secured by the police.

On this issue, the police have registered a case and investigating, how these bombs were brought here.