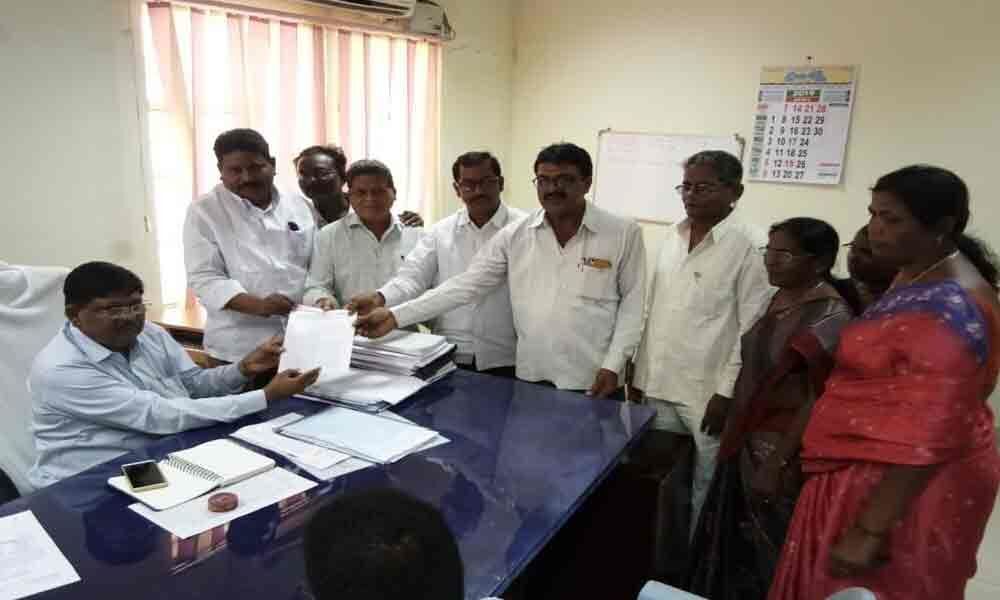 Ongole: CPI Prakasam district unit secretary ML Narayana and other leaders met the DRO V Venkata Subbaiah on Thursday and submitted a representation to him demanding the government to immediately intervene and mitigate the adverse effects of drought on the district.

Narayana and others explained the officer that the Prakasam district was suffering from the drought for the last four years and facing severe scarcity of water for irrigation and drinking needs. As the irrigation was affected, they said that the farmers are also facing the shortage of fodder to the animals and are forced to buy a tractor load of grass at Rs 30,000 to 50,000. They explained that as the farm works are not available, the people in the villages are being migrated to towns leaving behind the old aged people and children at home.

They demanded the government to provide free fodder to the animals, Rs 3,000 and rice per month to the families to stop migrations, and Rs 10,000 per acre as compensation to the farmers who lost their crops.