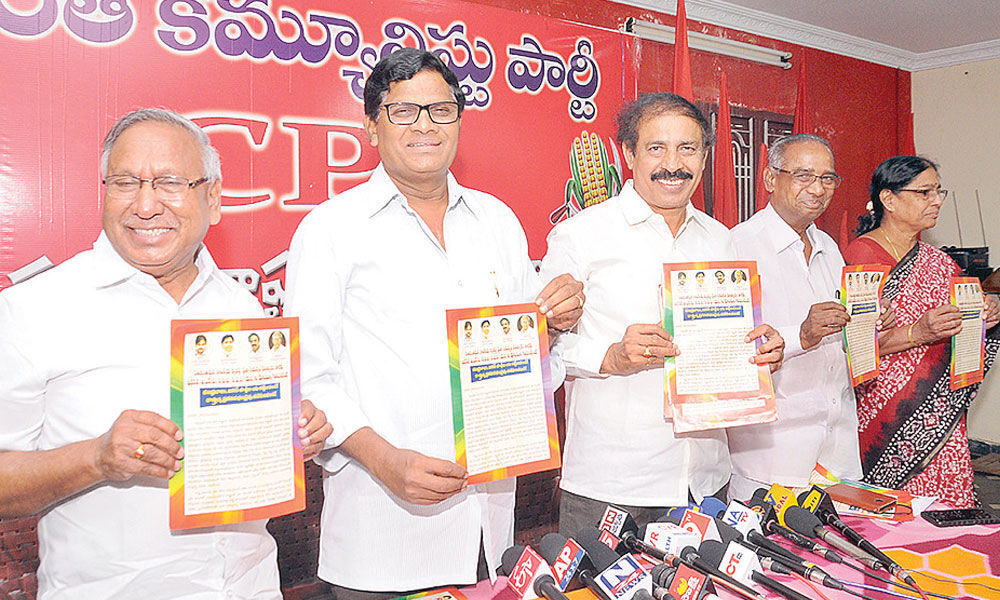 Vijayawada: The CPI leaders released party manifesto here on Saturday. Speaking on the occasion, CPI state secretary K Ramakrishna said that the reservations would be provided in private sector and their main agenda is to revamp the political system. He said that they would put an end to money politics with the support of Jana Sena and BSP.

The CPI would make efforts to implement the AP Reorganisation Act, he said and added that the Special Category Status issue is one of main agendas of the manifesto. The Left parties and Jana Sena alliance would try to prevent corruption and they would provide employment opportunities, he said and added that Rs 5,000 stipend would be paid to unemployed graduates.

They would also take steps to supply free drinking water, Ramakrishna said and added that all the eligible poor people would be allotted houses under government housing scheme and they would take steps toprevent attackson women and Dalits.

Special package would be given to North Andhra and Rayalseema regions, he said and added that the State would be made drought-free.CPI leaders Ravula Venkaiah, Jalli Wilson, G Obulesu and Akkineni Vanaja were also present.