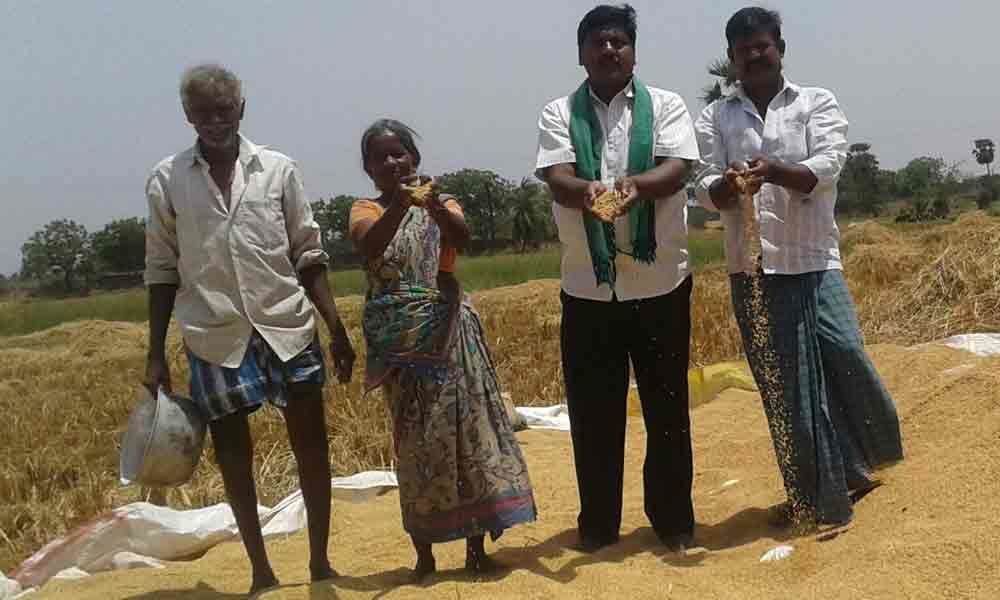 The AP Rythu Sangham has objected to cut in the support price of paddy on the pretext of excessive moisture content.