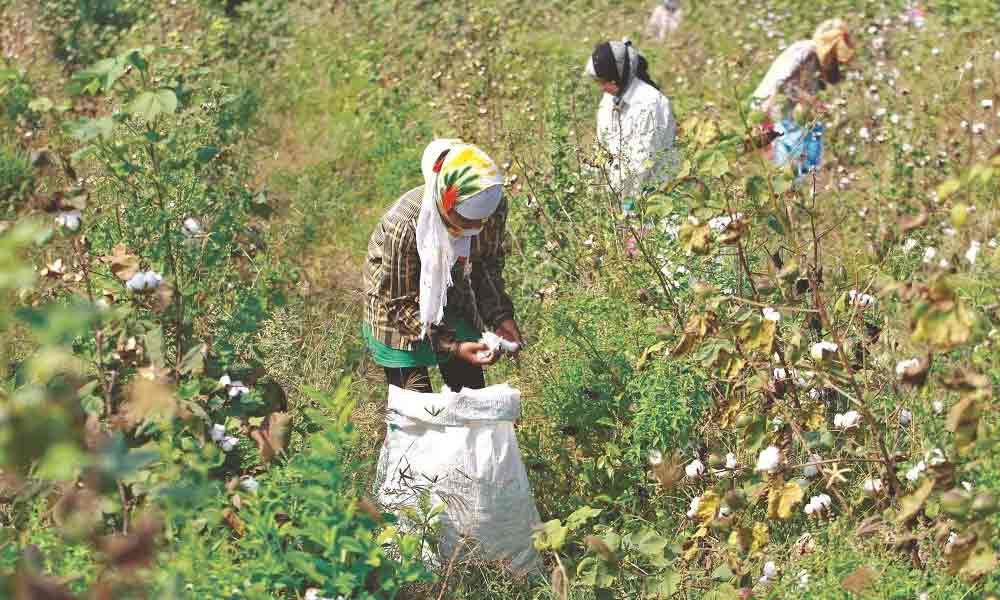 Srikakulam: Herbicide Tolerant (HT) cotton cultivation is going on in Bhamini, Kotturu, Sitampeta, Meliaputti, Mandasa and Pathapatnam mandals of Srikakulam district. In fact, this variety of cotton seed has no approval from the government and its sales and use is a punishable offence.

But the HT cotton crop is having adverse impact on human health and environment. The air and smell coming from these cotton plants are not good for farmers also. The HT cotton will also cause deadly diseases like cancer etc. Due to cultivation of the HT cotton, land will also lose its minerals and will also lead to soil pollution which will prevent birth and growth of useful micro-nutrients. The weed control liquid is also not good for humans and environment. Gradually soil will lose its resistance and becomes un-useful for cultivation after some years.

Farmers are habituated for simple methods in cultivation and procuring the HT seed from adjacent areas of Odisha state. Farmers are also not following suggestions of the officials as they argue only about yielding with less labour expenses. In Odisha state, there is no such control on use of the HT cotton seed.

'We have been conducting a number of awareness camps to the farmers and seed dealers and warned dealers not to sell the HT cotton seed' said Agriculture Officer (AO) of Bhamini mandal, P Shanmukha Rao.``We can book cases on sale and use of the seed under Seed control Act, 1966, Environment