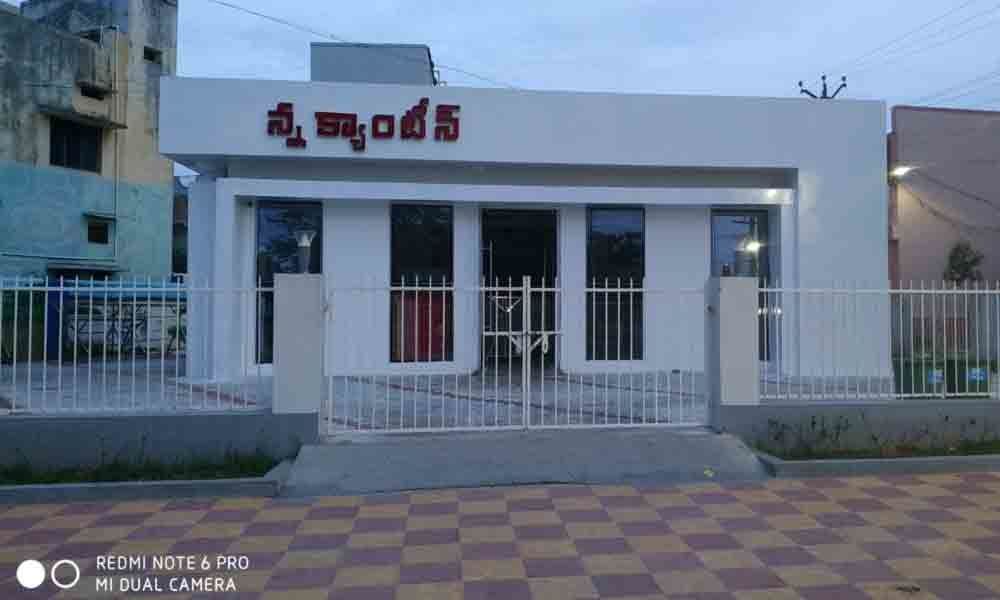 Decision of the State government to close Anna Canteens from Wednesday (July 31) in the district will have an adverse impact on private employees and daily wage labourers.

Kadapa: Decision of the State government to close Anna Canteens from Wednesday (July 31) in the district will have an adverse impact on private employees and daily wage labourers.

Especially, Anna Canteens were beneficial to people coming from villages to towns on work purpose as they were getting breakfast, meals and supper for cheaper price. The YSRCP leaders expressing displeasure over Chief Minister YS Jagan Mohan Reddy for not taking decision on running Anna Canteens. They say closure of Anna Canteens will be a major setback for the YSRCP.

As many as 8 Anna Canteens are running in Kadapa city, Rajampet, Proddatur, Rayachoti, Pulivendula and Jammalamadugu. "I used to spend Rs 15 every day for breakfast, lunch and supper. From August 1, I have to spend Rs 90 for the same purpose," Sheik Fayaz working as a DTP operator said. Construction worker Ramanamma from Rajupalem village in Atlur mandal stated that the government can run Anna Canteens in the name of Rajanna if the government is not interested to continue Anna Canteens.

Chittoor: Anna Canteen here was closed on Saturday, ahead of five days of scheduled time. The fate of the workers and the security guards of Anna Canteen is hanging in the balance. They are yet to receive salaries for the last two months.

Speaking to The Hans India here on Monday, Chittoor Municipal Corporation (CMC) Commissioner C Obulesu said that the Akshaya Patra Foundation had stopped supplying food to Anna Canteen as their contract with the government has expired.

The civic chief declared that the CMC would occupy the Anna Canteen building shortly and use it for other purpose as per the instructions of District Collector.