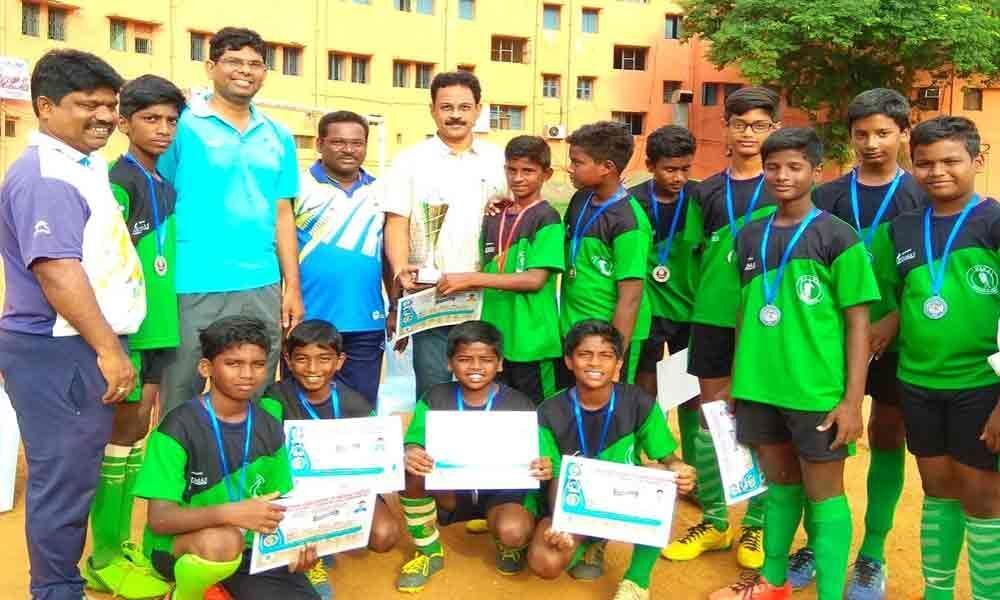 The Krishna District Under-13 football (five players) team won Silver Medal in the championship held at Kurnool from July 6 to 8, said the district...

Speaking at a felicitation programme organised at Indira Gandhi Municipal Corporation Stadium, Srinivas Rao said that the district under-13 football team excelled in the tournament. He said that about 20 football players have been selected to the Nationals after Ravi Kumar assuming charge as coach.

Chief coach Mahesh Babu said that football sport has spread to rural areas these days and players are excelling in this sport. He congratulated the players for winning the Silver Medal in the tournament. District football association secretary Sarala Srinivas Rao, treasurer Bhanuchander, players and parents were present.