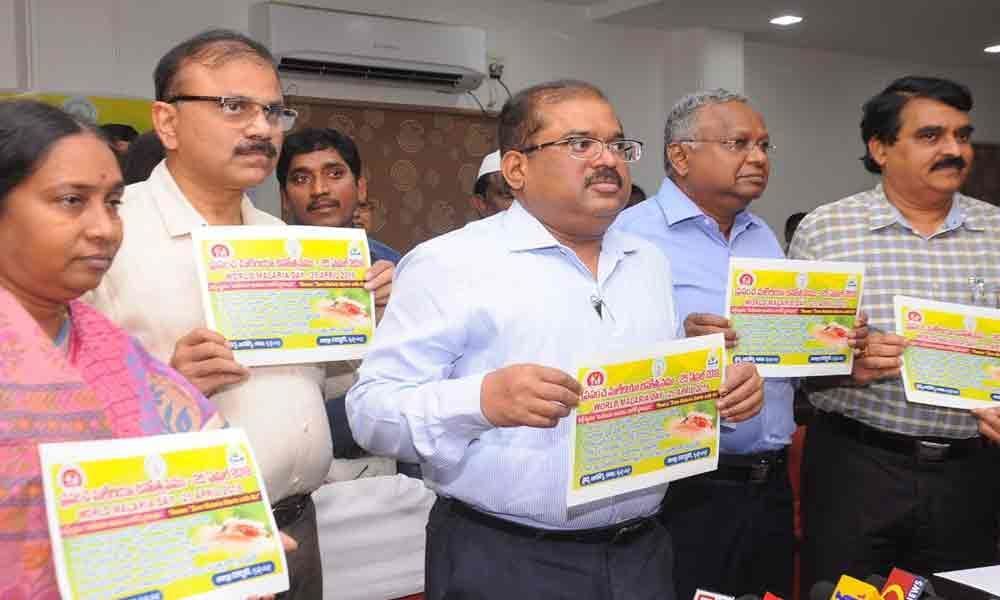 The district administration will take up massive drive to clean the Krishna river and other canals, said the district collector Md Imtiaz.

Speaking to media at the camp office on Thursday, Imtiaz regretted people are dumping the waste materials in Krishna river upstream of Prakasam barrage and felt it should be checked at any cost. He said lakhs of people are using the water released from the three canals in the city. He said various government departments, 25,000 students, NGOs and others will take part in the Krishna river cleaning and canals cleaning programme and it will begin soon.

He said plastic glasses, plastic bottles and other waste materials are clogging the drains in the city resulting in stagnation of water and causing mosquito menace. Collector released pamphlets to create awareness on eradication of Malaria to mark the World Malaria Day at the camp office. Referring to Malaria, the Imtiaz said Mylavaram, Kondapalli, Ibrahimpatnam, Gollamudi, Velagaleru, G Konduru, Avanigadda, Koduru and Pedana were identified as the hotspots for mosquitoes menace.

He said the World Health Organisation declared April 25 World Malaria Day and creating awareness around the World to check the Malaria. He said the WHO has launched a campaign with theme 'Zero Malaria Starts with me' and called upon the people to take precautions to check the mosquitoe problem and keep their surrounding dry and clean.

Collector said 27 Malaria cases were detected in Krishna district in 2018 and four cases were identified this year so far. He conducted a meeting with the officials of Zilla Parishat, Panchayat Raj, MEPMA, after works, R and B, ICDS and Municipal and discussed the measures to be taken to check mosquitoes menace in the district.