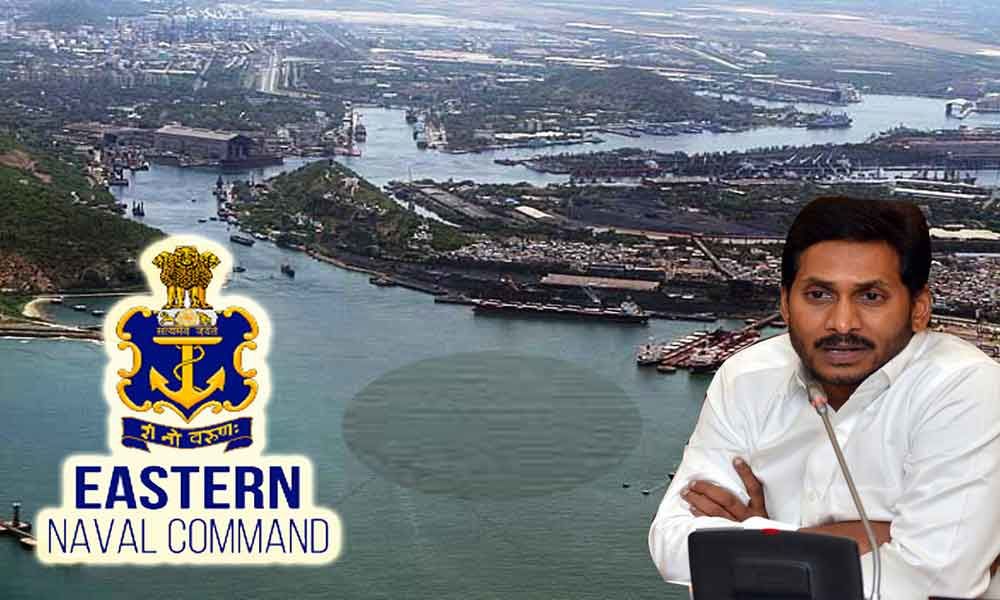 The Eastern Naval Command (ENC) has denied reports that Navy officials are objecting to the establishment of administrative capital in Visakhapatnam.

The Eastern Naval Command (ENC) has denied reports that Navy officials are objecting to the establishment of administrative capital in Visakhapatnam. Navy officials have dismissed reports that Chief Minister YS Jagan Mohan Reddy was shaken. The Defense Department released a statement on Saturday evening.

The Union Defense Ministry has stated that it has no objection to the AP government for setting up a Secretariat at Millennium Towers in Visakhapatnam. The report was published in several media outlets on Saturday.

TDP leaders told the media on Saturday that Navy officials had told the government not to set up capital in Millennium Towers. Former TDP MLA Bonda Uma Maheswara Rao said that this is due to the presence of the INS Kalinga, which is the security of the country. In the latest, the Navy dismissed the campaign.