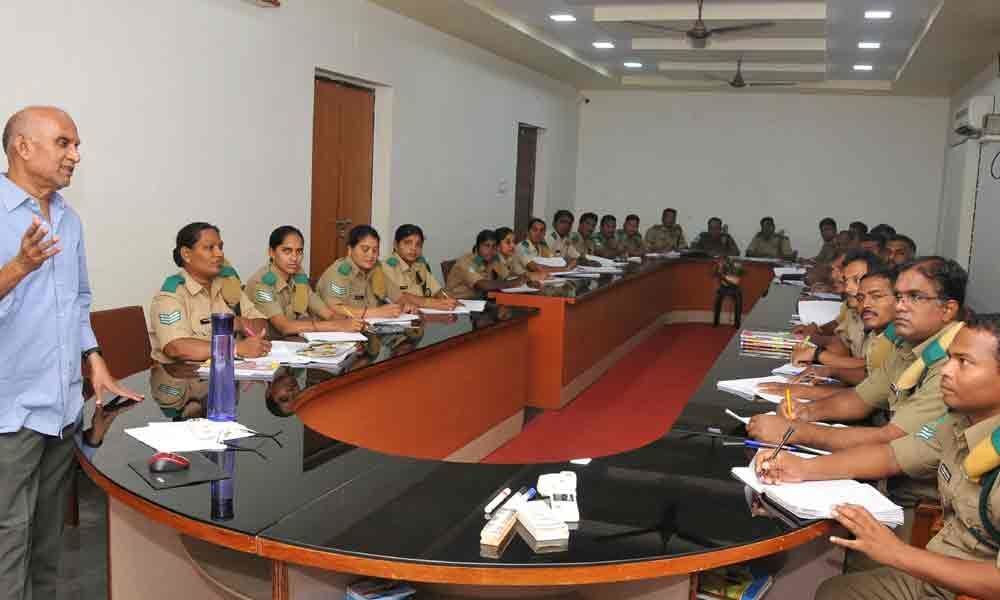 Rajamahendravaram: Andhra Pradesh State Forest Academy (APSFA) is honing the skills of Forest Beat Officers (FBO) and Forest Section Officers (FSO) to discharge their duties more effectively in the state. So far, around 250 FBOs and FSOs, including some senior officers, have been trained by the academy.

Speaking to The Hans India here on Thursday, APSFA director J S N Murthy said that training was a mandatory for FBOs and FSOs for further promotions and other benefits. APSFA is imparting training for a period of six months to FBOs and so far five batches participated in the training programme. For FSOs, the training period is six months and so far three batches underwent training.

As part of training, study tours are conducted twice for FSOs and once for FBOs for getting an exposure to various practicalities of the forestry in different regions of the state and also to acquire practical knowledge.

Every batch comprises 30 to 35 officials. During training period, the faculty teaches lessons in 17 subjects. A computer laboratory with 20 computers and a library with latest facilities is also available for the trainees.

APSFA will introduce B.Sc Forestry course shortly and the academy is holding discussing with universities in this regard. It is also stressing the need to introduce more forestry courses. Moreover, with the demand for forest related courses increasing, 27 universities, 24 state agricultural colleges, three Central universities are offering under graduate, graduate and post-graduate courses in forestry.

State Institute of Forestry Training (SIFT), which was set up in 1987 at Dullapalli near Hyderabad, has been renamed as APSFA in 2001. Later, on October 2016, the state government issued orders for establishing APSFA and it started functioning from January 2017 as Rajamahendravaram its headquarters.

Necessary facilities such as accommodation, food, medical facility have been made available to the trainees. APSFA director Murthy said the main function of FBOs and FSOs is to protect forest area and related things in a particular area. Conservation of forests and wild animals has been in practice from ancient times.

"Moreover, Greek ambassador Megasthenes, who visited India in 300 BC, also noticed the forest management in the country. Renowned scholar Koutilya also mentioned about the same thing in his writings. But during the rule of Mughals, forest preservation was neglected.