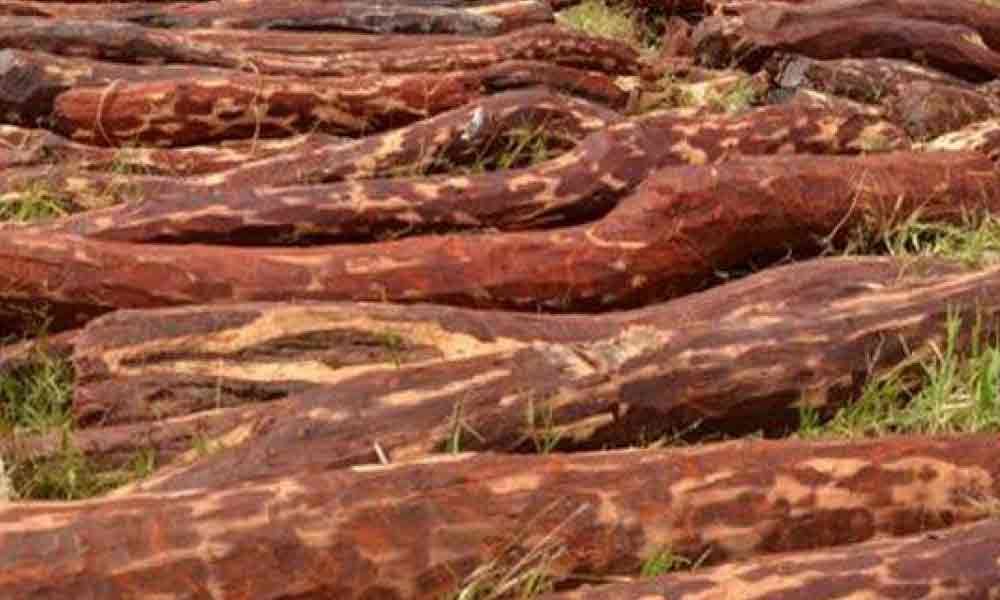 Staff of Forest department in Kadapa district have been facing life threat from the red sander smugglers due to lack proper weapons.

There are several instances in which the forest staffers were killed and some of them sustained serious injuries while they were fighting against illegal transportation of red sanders from forest areas in the district. Last year, a forest staffer was brutally killed by Tamil Nadu wood cutters during combing operation held in Lankamalleswara forest under Sidhavatam mandal.

Though the Forest and police personnel have been adopting different methods to curb the axing of red sander trees and the illegal transportation, they were not able to succeed in their attempts as they do not possess modern weapons to combat with smugglers.

The red sanders smuggling has been continued due to ineffective laws, political patronage and shortage of forest staff. There are no effective measures to prevent the entry of wood cutters into the forest. "About 1,500 wood cutters were arrested during the last couple of years, but the entry of cutters into the Seshachalam forest continues unabated.

``The smugglers were having highly sophisticated weapons, we were not able to prevent them in a better way. Previous government proposed to provide drone cameras to identify the culprits in the forest. But it was not implemented due to various reasons,'' said an official.

During TDP rule, a GO was issued by allocating Rs 1.77 crores for purchasing 250 sophisticated weapons such as Pump Action Single Barrel Guns (PASBG). But it was not materialised. Officials hope it will be implemented in the present government.