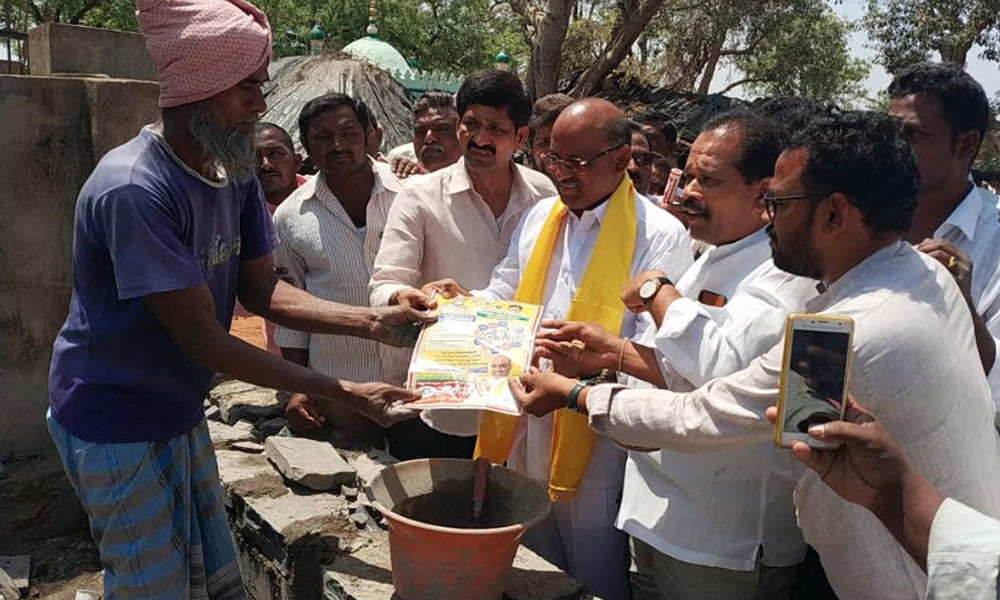 Mydukuru nominee for Telugu Desam Party(TDP) Putta Sudhakar Yadav has urged the party cadres to work hard for bringing TDP emerged to power in 2019. General elections. Addressing party cadres meeting at Myduluru on Thursday he said state government has spent Rs 900 crores for the development of Mydukuru constituency for the last five years.

He said that party booth cadres should have knowledge over day today developments about what is happening and what wrongs are being done by the opposition party in the villages otherwise there may be a danger of losing the election.

Kadapa MP nominee C.Adinarayana Reddy has said that party functionaries should concentrate in bringing the various welfare schemes installed during the TDP regime and at the same time, there must be need of launching negative canvassing bout YSR Congress of its failure in playing the role as opposition party.

Later they conducted an election campaign in Duvvuru mandal along with party functionaries. During the electioneering, they urged the people not to a committed mistake by cost their vote in favour YSR Congress they may loot the public properties openly as people feel insecure of their lives. Party leaders were present.