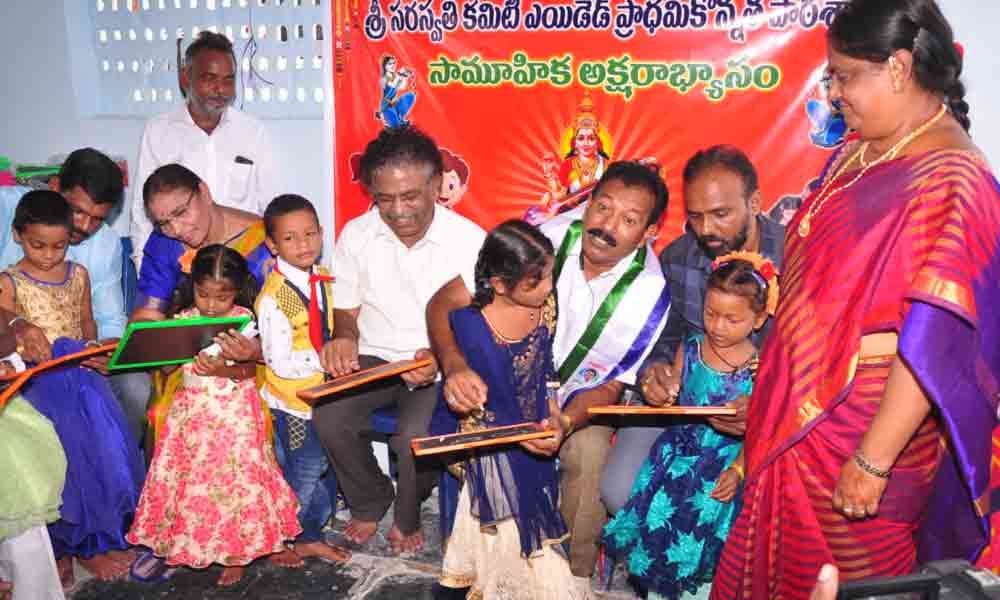 Guntur: East MLA Mohammad Musthafa Shaik said that the Amma Vodi Scheme will extend helping hand to poor families to send their children to schools. He said under the scheme, the mother of children will get Rs 15,000 reward for sending their children to schools. Participating in massive Aksharabhyasam programme held at Saraswati Aided School at Sitaranagaram in Guntur city on Friday, he stressed on the importance of education and recalled that the government has already extended Amma vodi scheme to poor children studying in the private schools also. After announcement of the scheme, enrollment in the government schools increased tremendously.