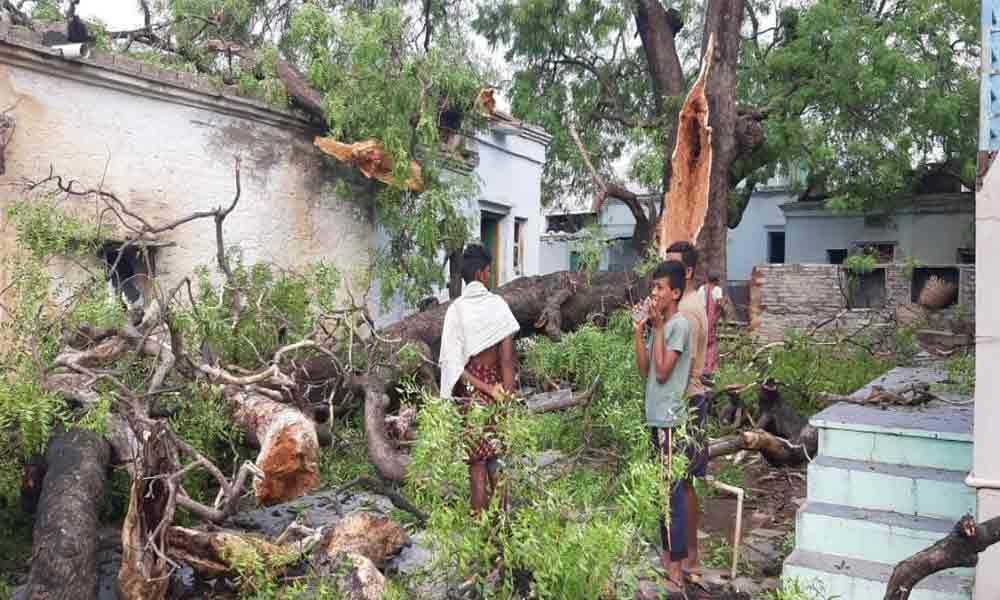 Heavy rains coupled with lightning and thunderstorm lashed the district in the wee hours of Thursday.

Several big trees aged around 20 to 30 years have uprooted and electric poles collapsed. The AP Transco as a precautionary measure stopped power supply. With the halting of power supply almost all areas in the district were in darkness. The wind which blew at 100 to 120 km per hour has created havoc.

Assistant Engineer, V Nagendra Prasad has said that around 50 electric poles pertaining to 33 KV and 11 KV have collapsed due to gales. "We are trying to restore power supply to residential houses first. Later, we will replace the broken poles," said Nagendra Prasad.

The APTransco Superintending Engineer (SE), V Suresh Kumar speaking to The Hans India said that around 2,800 cement and iron poles have been uprooted. "Most of the cement poles were broken. A large number of employees have been engaged since early hours of Thursday to replace the poles.

Transporting of electric poles has become an uphill task. We are trying our level best to restore the power supply, said the SE. Suresh further said power supply will be restored to residential colonies and later to farm sector. However, no human or livestock loss was reported.