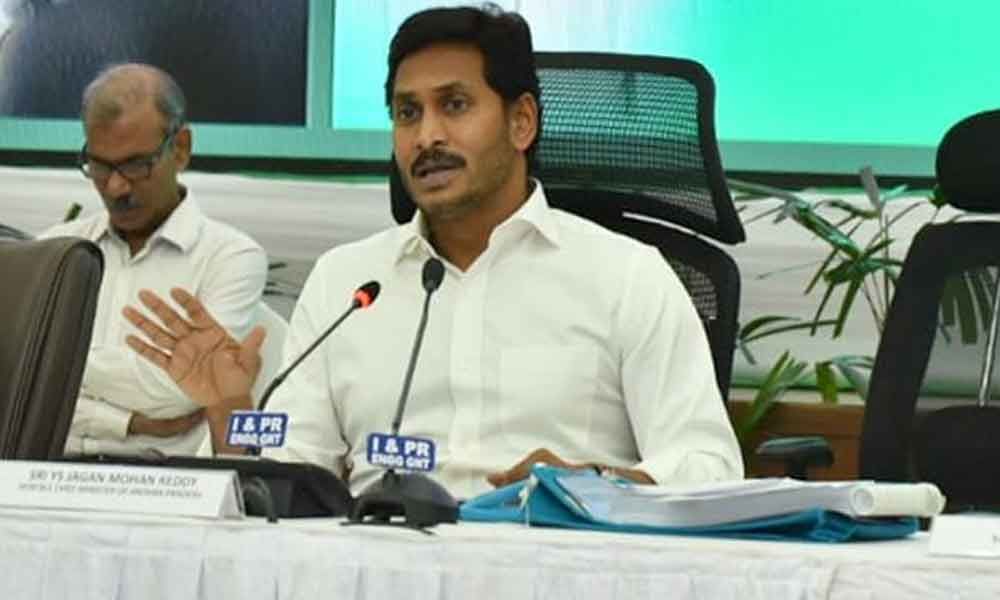 Amaravati:Chief Minister YS Jagan Mohan Reddy has instructed the district collectors to implement welfare schemes to all eligible people irrespective of caste, religion, parties and region. Addressing the collectors' conference at Undavalli, he categorically said the objective of the Government is deliver services to all eligible people and pointed out that the collector play important role on it.

Jagan said 'The politics were till the end of elections only and later all people are ours, he told the collector. He insisted the officials should treat all eligible people equally without any bias.

He said MLAs are very important in the democracy and MLAs and the bureaucrats are two eyes to the Government and suggested them to work in co-ordination to fulfill the pre promises made to the people.

He said 'I request the collectors to welcome the MLAs cordially when they come to you for any work and always remember that each MLA was elected by 2 lakh people'.

He said the people of Andhra Pradesh have lot of aspirations and hopes on the new Government and reminded that the YCP government came into power with more than 50 percent vote share in the recently held Assembly elections.'

He asked the Collectors to say 'No to corruption, Say no to gambling and Say no to sand smuggling.

We want a transformation in the state and new the Government should be free from corruption and deliver the services to all eligible irrespective of caste, religion and region.

He said 'We have to go to the next polls basing on the services we deliver to the people in the five years', he added.

He asked the collectors and other officials to always keep the election manifesto with them and try to implement it and consider it the holy book like Gita, Bible and Quran.