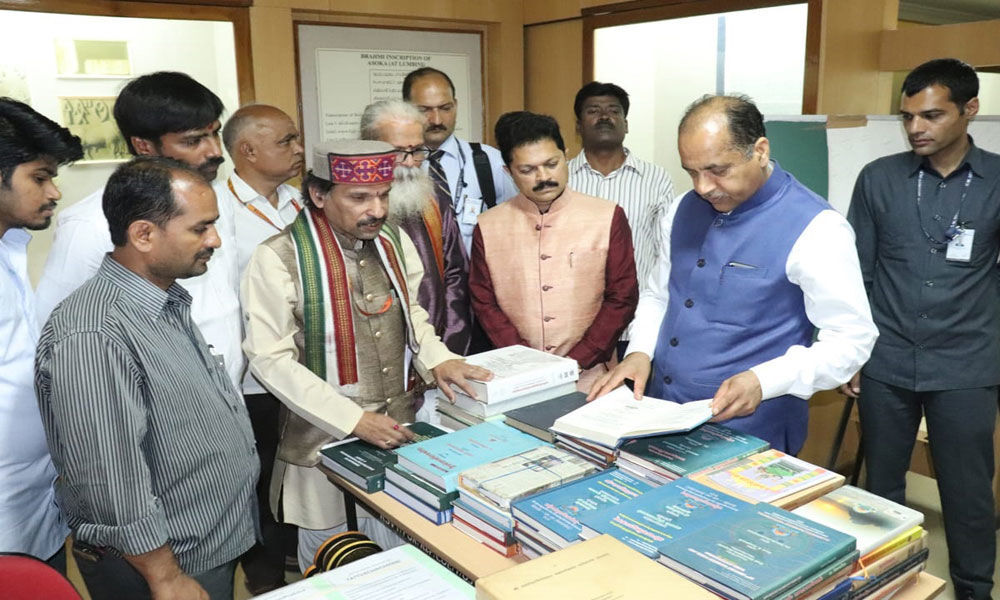 The intention behind implementation of Sanskrit as second language in Himachal Pradesh was to sow the seed of Sanskrit in the young minds and to make them realise that the vast and rich heritage is in Sanskrit language. He answered various questions posed by the students.

The Registrar of RSVP Prof GSR Krishnamurthy stated that Himachal Pradesh is the second state to announce the Sanskrit language as second official language after Uttarakhand. He requested Jai Ram to install some Chairs here to promote Sanskrit through his State.

The visiting CM has earlier visited alphabet gallery 'Aksharam' and library where he went through the palm leaf manuscripts and ancient books. Thakur also administered polio drops to children in RSVP.