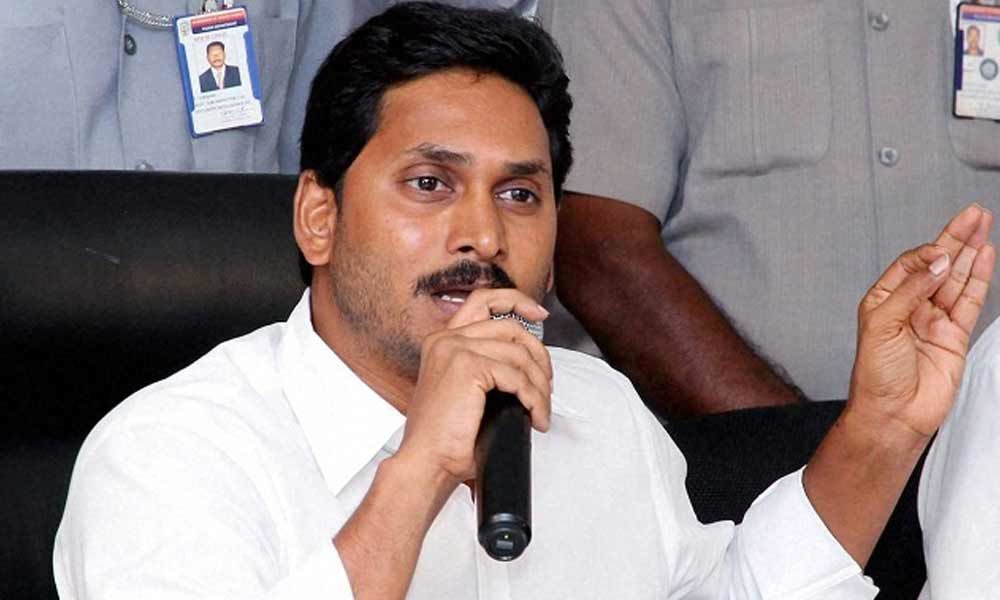 Kadapa: Describing Chief Minister YS Jagan Mohan Reddy as an opportunistic politician, Congress senior leader and District Congress Committee(DCC) president N.Tulasi Reddy alleged that Jagan has no moral right to speak about credibility in politics as he was responsible for pledging the future of AP people at the feet of Telangana chief minister K.Chandra Sekhar Rao by attending as chief guest to inauguration of Kaleswaram lift irrigation scheme.

Addressing press conference at Vempalli on Saturday the DCC president recalled that Jagan Mohan Reddy had performed a 3 day Jaladeksha at Kurnool from 16th May to 18 in 2016 in protest against proposal of Telangana government constructing Kaleswaram, Palamuru Ranga Reddy lift irrigation schemes on Godavari, Krishna rivers without permissions and water allocations. During his speech Jagan Mohan Reddy called KCR as 'Hitler' and warned of face dire consequences from AP farmers if he go ahead of proposed projects. He said if lift irrigation projects were constructed on Godavari, Krishna rivers Andhra Pradesh would have become desert ultimately leads war for water between two states.

The congress senior leader surprised what made Jagan Mohan Reddy to attend as chief guest for Kaleswaram project inauguration as once he opposed such proposal. Why he lauded KCR as God and feel fortunate participating in the event. "Jagan Mohan Reddy has no either clarity over the development of state or eradicating poverty as he always concentrating how to loot public money and protect his properties in Hyderabad. This is the example that chief minister is like Meka Vanne Puli as people of the state have seen his real face through this incident". As responsible chief minister Jagan Mohan REddy should answer the people of his double standards over the construction of lift irrigation schemes on Godavari, Krishna rivers he questioned. Party leaders were present.