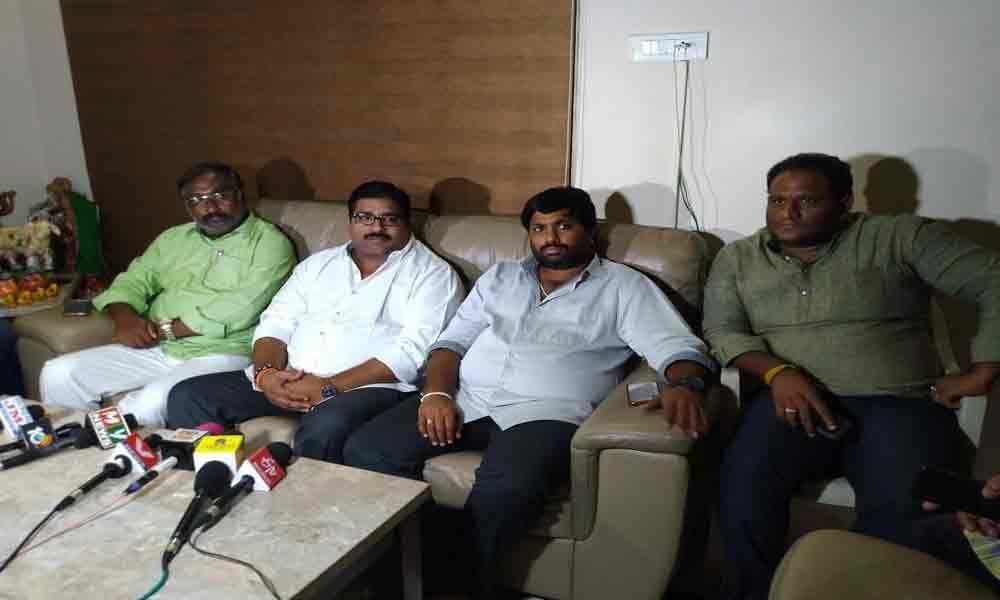 The Prakasam district TDP president and Ongole MLA candidate Damacharla Janardhana Rao extended his congratulations to the winning candidate and YSRCP Ongole parliamentary constituency president Balineni Srinivas Reddy and other winners in the district on Friday.

Speaking to the press at his residence, Janardhana Rao said that he is welcoming the people's decision to give a chance to Jaganmohan Reddy and appreciated that. He thanked the public and party cadre who stood by him in the elections and voted in favor of him. He said that he tried to serve the public and develop the constituency.

He said that the drinking water pipeline from the Gundlakamma project, taken up with Rs 163 crore expenditure is just 1.5 kilometres due for completion. He said that the construction of houses is also complete. He said that the Buckingham canal bridge at Eethamukkala should have been completed in his tenure but not done in time.