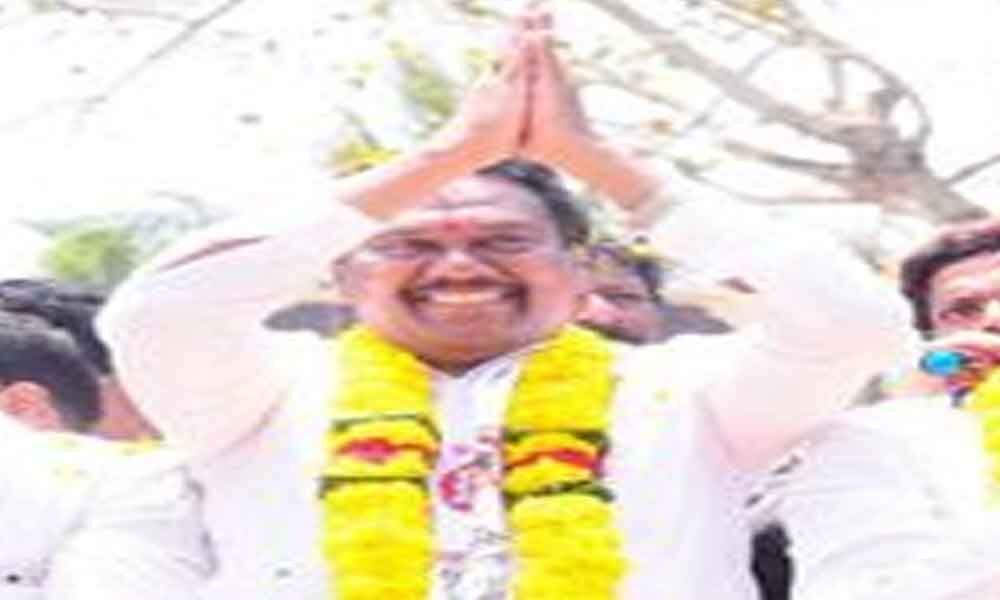 Participating in election campaign in the constituency on Tuesday on the last day of campaign, he said the constituency have potentiality to develop tourism, agriculture, coconut, oil based industries. As a former ONGC officer, steps will be taken to spend funds from oil and gas companies from their corporate social responsibility wing to take up development activities in this area.

Drinking water problem in the constituency will also be addressed and Kotipalli-Narsapur railway line will also be taken up on priority basis which is the long cherished desire of the people. Thousands of crores of rupees worth agriculture, aqua and coconut produce can be transported across the country through trains and also the railway line will be used to divert trains in case of emergency.

Pawan Kalyan started the party to stand with hapless people in the state and question the leaders on corruption which helps to combat corruption, he averred. The people are receiving the party well and they are ready to vote to the party. All MLA candidates in seven segments will win in the elections. He appealed to the people to vote for him and seven MLA candidates to serve them.