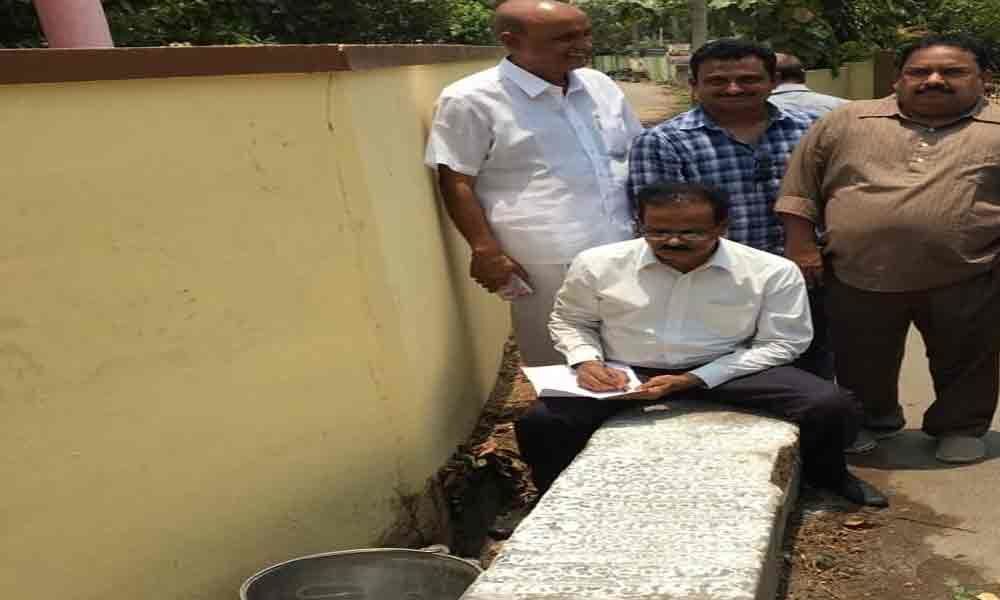 An inscription of emperor Sri Krishnadevaraya of Vijayanagara empire dated 1518 AD was found in a pathetic condition at Tadigadapa village on the outskirts of Vijayawada.

Vijayawada: An inscription of emperor Sri Krishnadevaraya of Vijayanagara empire dated 1518 AD was found in a pathetic condition at Tadigadapa village on the outskirts of Vijayawada. Based on the information given by the villagers Subhakar Medasani, Krishna Prasad Medasani and Charitier Saagi Krishnamraju, Dr E Sivanagireddy, archaeologist-cum-epigraphist and CEO, Cultural Centre of Vijayawada and Amaravati on Sunday rushed to the spot and unearthed the inscription slab with the help of local community members.

Dr Reddy, after careful examination of the script, said the inscription was issued by Rayasam Kondamarusayya, military general of Kondapalli kingdom as subordinate to Sri Krishna Devaraya, who seized Kondapalli Fort from Gajapatis of Odisha in 1516 AD.

The inscription mentions the digging of a well by Kondamarusayya for her mother Sangoyamma for providing drinking water facility in the village. The slab was found upside down on the roadside which once was fixed to the wall of Venugopala swamy temple.

The inscription was cleaned with soap water and the Telugu script was deciphered in two sides of the slab by Dr Siva Nagireddy. The slab was left uncared for heavy traffic of sand lorries. In view of the historical and archaeological importance, Reddy appealed to the Department of Archaeology and Museums to protect and preserve it for posterity.