Kurnool suffers due to rise in temperature 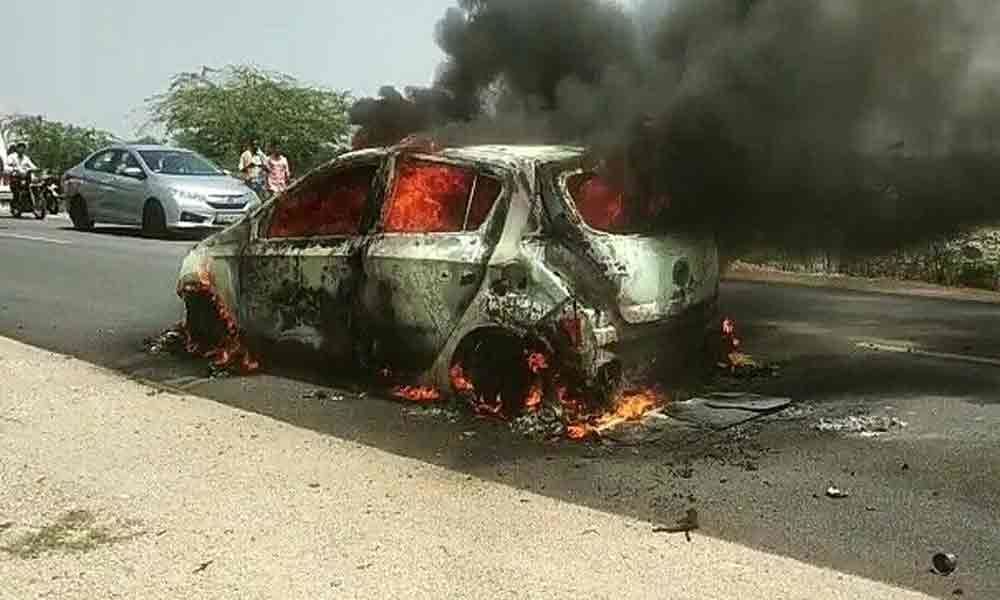 x
Recently, a car was engulfed in flames due to heavy heat in Kurnool
Highlights

By every passing day, the rise in temperature is noted across the district. People of almost all age groups are more vulnerable to the heat waves.

Kurnool: By every passing day, the rise in temperature is noted across the district. People of almost all age groups are more vulnerable to the heat waves. The heat waves besides claiming human lives are also damaging vehicles. In a span of ten days, 10 people might have lost their lives. Two people in Nandyal and a 15-years-old boy at Nannur in Orvakal mandal died due to sun stroke.

Ten days ago a lorry loaded with beer bottles was on flames in Nandyal. The lorry was known to be transporting the beer from Hyderabad to Nandyal. Three days ago another car was caught in fire. Some persons have come to Pathikonda to have the darshn of Kasi Nayana swamy. After parking the car outside the temple, they have gone to seek the blessing of Kasi Nayana Swamy. When they are about to enter into the car, it caught fire suddenly and they escaped luckily.

On Sunday, an auto transporting fire crackers was caught on flames. The auto was heading towards Gooty in Anantapur district from Proddutur in Kadapa district. When the auto reached Nagi Shetty village in Kolimigundla mandal of Kurnool district, it caught fire due to massive heat. The crackers also caught fire and exploded.

The driver, K Narendra Kumar and cleaner Mallikarjuna managed escape with some burn injuries. The Sub Inspector of Kolimigundla, Sudhakar Reddy said, ``We are enquiring about the explosive license and the purpose of transporting the fire crackers. The driver and cleaner are shifted to hospital for treatment.''