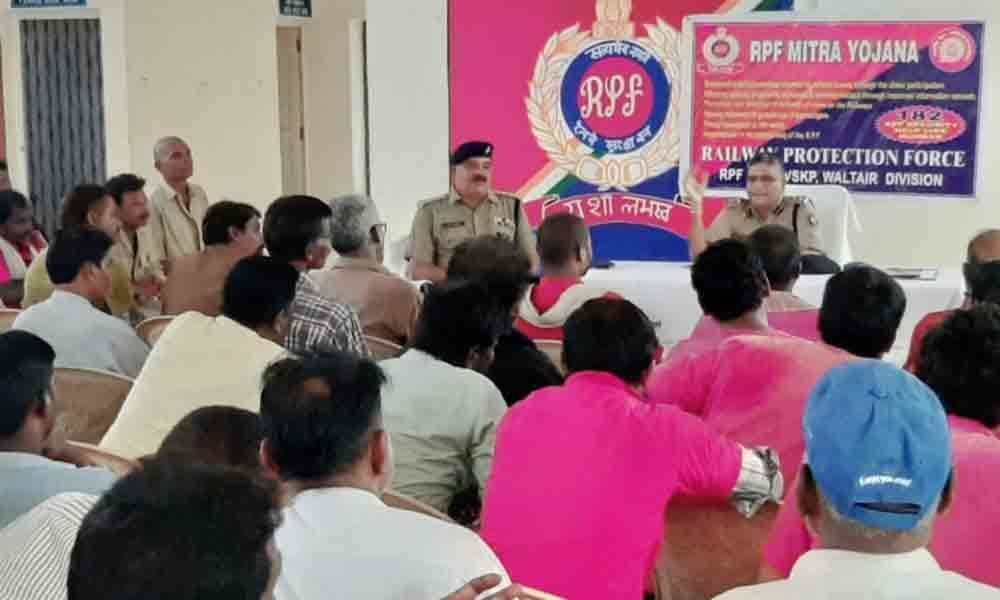 Senior Divisional Security Commissioner, Visakhapatnam, Jitendra Srivastava explained various security threats in detail and appealed to participants to alert the RPF personnel in case if they come across any suspicious elements in railway station and its premises. Further, he called for their cooperation to make railway station a crime-free zone. The RPF personnel, including Assistant Security Commissioner K P James, also interacted with the stakeholders of railways and discussed various ways and methods that could make the railway station better and safer place for the passengers.

As part of the 'Operation Number Plate' drive, the RPF has recently seized 34 vehicles in Waltair Division. The identified vehicles were stranded and left unattended for days at various railway stations. They were seized followed by a detailed survey conducted by the RPF personnel. Led by Senior Divisional Security Commissioner Jitendra Srivastava, special checks were held in Waltair Division at various railway stations, including Visakhapatnam, Vizianagaram, Srikakulam, Rayagada, Jagadalpur and Koraput.

The seized vehicles were handed over to concerned police stations to ascertain their ownership. The pan India drive was meant to clear the decks and tighten the security cover for the Independence Day celebrations. The exercise involves spotting the vehicles parked in railway premises, circulating area, parking lot for days which poses a serious threat to safety and security of the passengers and stakeholders of the railways.