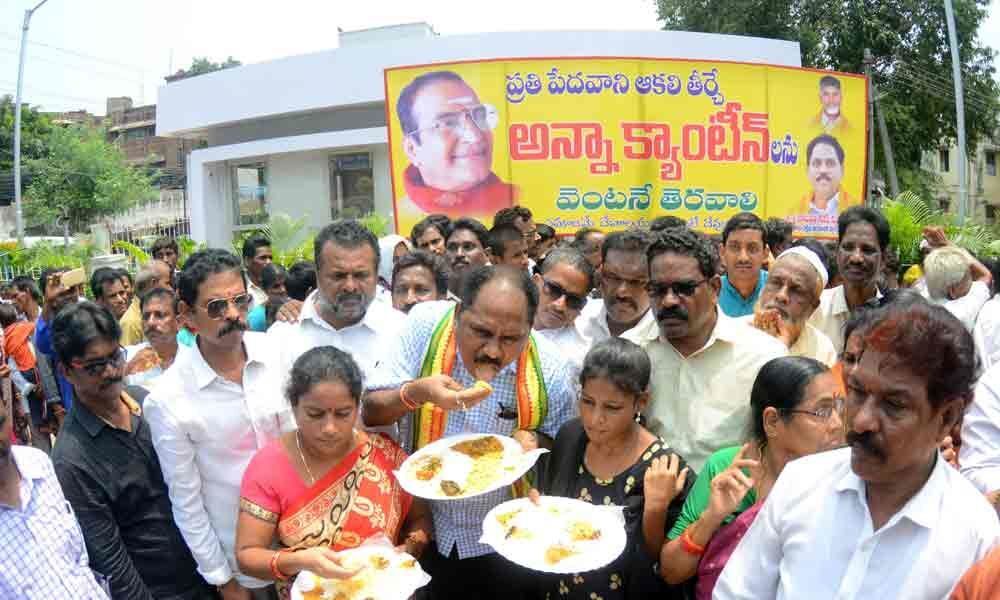 TDP members staged a protest expressing their ire against the closure of Anna Canteens in the State.

Visakhapatnam: TDP members staged a protest expressing their ire against the closure of Anna Canteens in the State. As part of the protest, East MLA V Ramakrishna Babu distributed free food at Anna Canteen in MVP on Friday.

The party cadre staged a protest against the government action in shutting down Anna Canteens which was feeding many at a nominal price. Speaking on the occasion, the MLA said that former Chief Minister N Chandrababu Naidu provided food to poorer sections at nominal price through Anna Canteens.

He added that the present government led by Chief Minister Y S Jagan Mohan Reddy closed the canteens in a span of two months. He wondered how Jagan Mohan Reddy can claim that the government was elected for poorer sections. TDP MLA Vasupalli Ganesh Kumar also protested at Anna Canteen at King George Hospital.