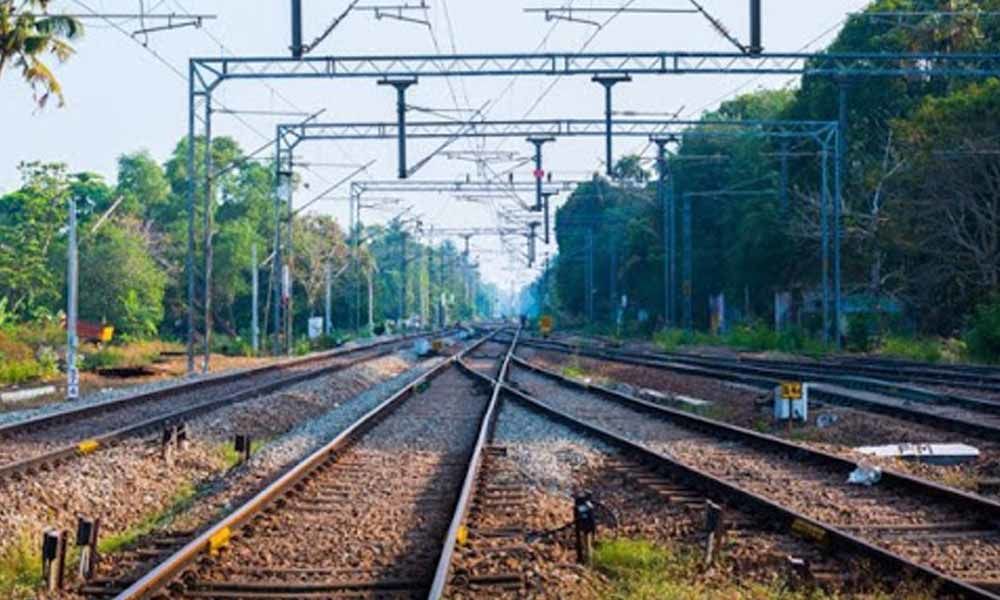 The railway officials have finally given green signal for the electrification works on the second rail line in Kadapa.

The railway officials have finally given green signal for the electrification works on the second rail line in Kadapa. The Erraguntla and Nandyal railway electrification (traction) works expected to begin soon. Railway Minister Piyush Goyal on Tuesday inaugurated the work at the Secunderabad station.

The railway line (Erraguntla-Nandala), which connects Kurnool and Kadapa districts to the capital Amaravati is extended for 123 km. Already Rs 967 crore has been spent on various activities in this route and a total of 780 hectares of land have been also collected. There are 139 RUBs, 5 guarded, 15 LC gates and 36 large and 469 small bridges. The route encompasses the stations of Prodhutturu, Jammalmadugu, Uppalapadu, Nassam, Sanjamala, Koilakuntla, Banaganapalle and Madamur. It is hoped that the work on the Erraguntla-Nandyal railway traction works will begin in January.

Since the Renigunta-Guntakal railway route is electrified, the Nandyal railway line from the Yerraguntala will also run on electric engines if electrification is completed. The project will be very useful for the travellers of Kadapa and Kurnool district as well. The Railway Department declared it as the first solar power utility section of the South Central Railway. There are no solar-powered rails in the South Central Railway so far. The people of the district want the work to be completed in due time.

Constable suspended for thrashing a biker in Wanaparthy

A 'quite' Sita Rama Kalyanam