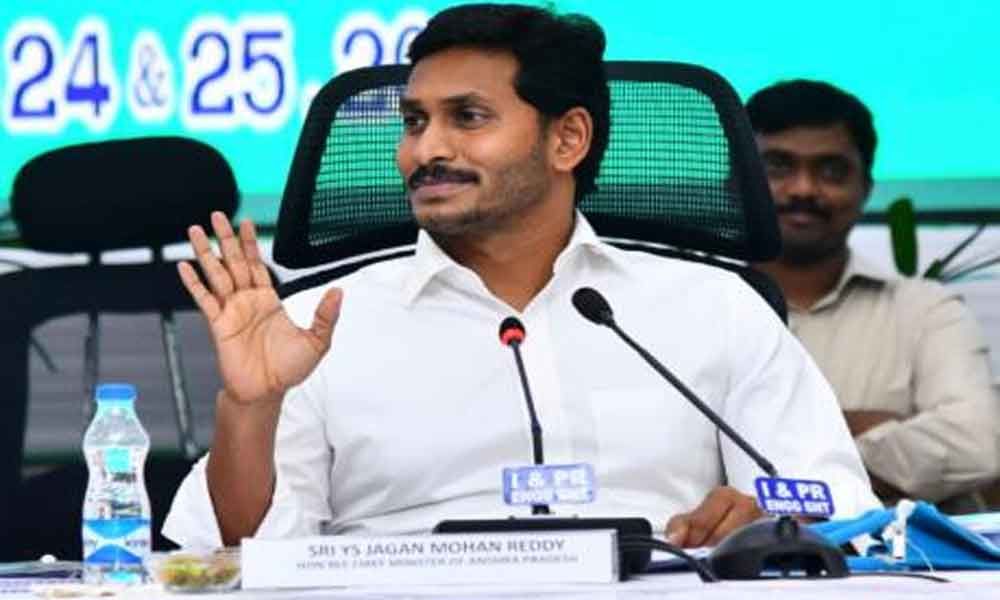 In the ongoing Collectors conference, the Chief Minister YS Jagan Mohan Reddy has said to the Ministers, MLA's, and Collectors to implement the manifesto promises, which were given by the YSRCP before the elections.

Amaravati: In the ongoing Collectors conference, the Chief Minister YS Jagan Mohan Reddy has said to the Ministers, MLA's, and Collectors to implement the manifesto promises, which were given by the YSRCP before the elections.

He said that the two pages of YSRCP manifesto copies should always be available with the ministers and the officials.

The two days of the Collectors meeting has started at the Praja Vedika in Undavalli on Monday.

Speaking on the occasion, CM YS Jagan said its the time to put a full stop to the culture of throwing the manifesto into the dustbin after the elections.

The election manifesto should be treated as the sacred books like Bhagavad Gita, Quran, and the Bible. The people have given a historical judgment and their verdict should never be forgotten.

CM YS Jagan advised the Collectors to well receive the MLA's who bring the public issues to the attention of the authorities and should greet the public and MLA's with a smile.

He also clarifed that the government will not tolerate corruption. Apart from the corruption and irregularities, all other issues of MLA's will be considered. The Chief Minister said SC, ST, BC, Minorities has been given top priority.

CM YS Jagan said the scheme benefits should also be provided to the eligible people who have not even voted for YSRCP. If everyone is benefited with the scheme, then they will vote in the next elections.

The grama volunteers should be corruption free, for that reason every volunteer will be paid a salary of Rs 5,000 from the government.

CM YS Jagan clarifed that if grama volunteer commits any mistake than immediate actions will be taken against him.