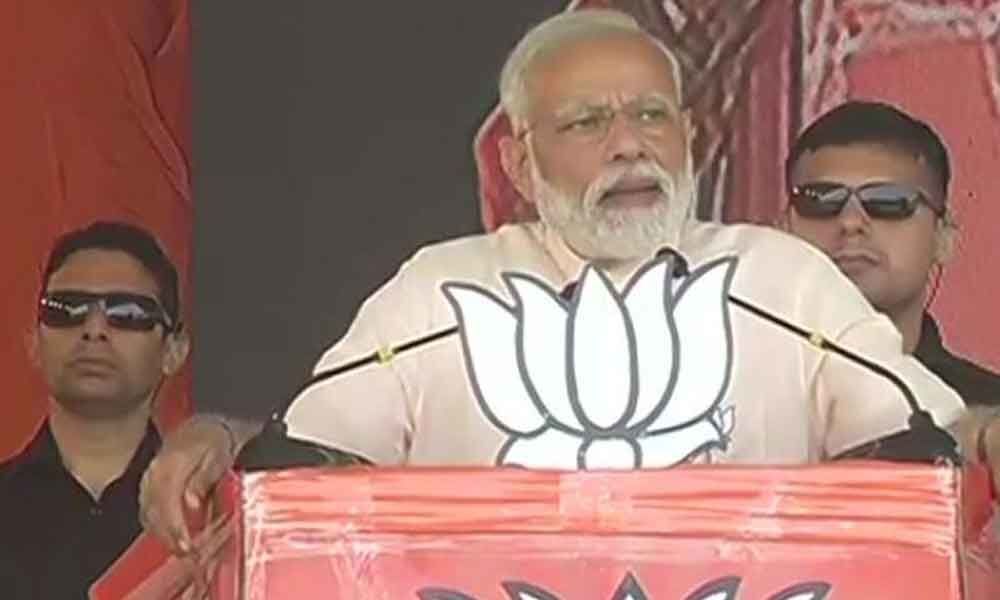 Modi alleged that the TDP wanted to delay the Polavaram irrigation project.

Rajahmundry: Prime Minister Narendra Modi Monday said his government had not increased taxes in the last five years, but that has not slackened the pace of development.

Lauding "honest" taxpayers, he said the implementation of various welfare projects was possible because of them and listed out the various projects in Andhra Pradesh.

In the state for the second time since Saturday, he repeated his 'u-turn Babu' taunt againt Chief Minister N Chandrababu Naidu and accused the TDP supremo of indulging in corruption in the Polavaram project.

"In five years, there have been no new taxes. Not just that, we have been lowering them. But the pace of development has been fast," he said addressing a public rally here. However, the previous governments had complained of shortage of funds to implement projects, he said. "(They) said there is no money even to buy Rafale (aircraft)," he said in an apparent reference to former Defence Minister A K Antony's remarks in this connection. Antony, as Defence Minister in 2014, had said the government had no money to buy 126 Medium Multi-Role Combat Aircraft when it was negotiating for the purchase of the French-made aeroplane.

Stepping up his attack on Naidu, Modi alleged that the TDP wanted to delay the Polavaram irrigation project.

His government had accorded priority to it and had therefore approved it in the first cabinet meeting after coming to power in 2014, he said, adding that the Centre has so far released Rs 7,000 crore to the state. "On the one hand, they are not spending it rightly and on the other, are delaying it," he said.

The project was a question of "life and death" for farmers and its implementation would also meet drinking water requirements. "For u-turn babu, Polavaram project is an ATM--take (money) from it and do corruption. Whom does he want to benefit, you know," he said.