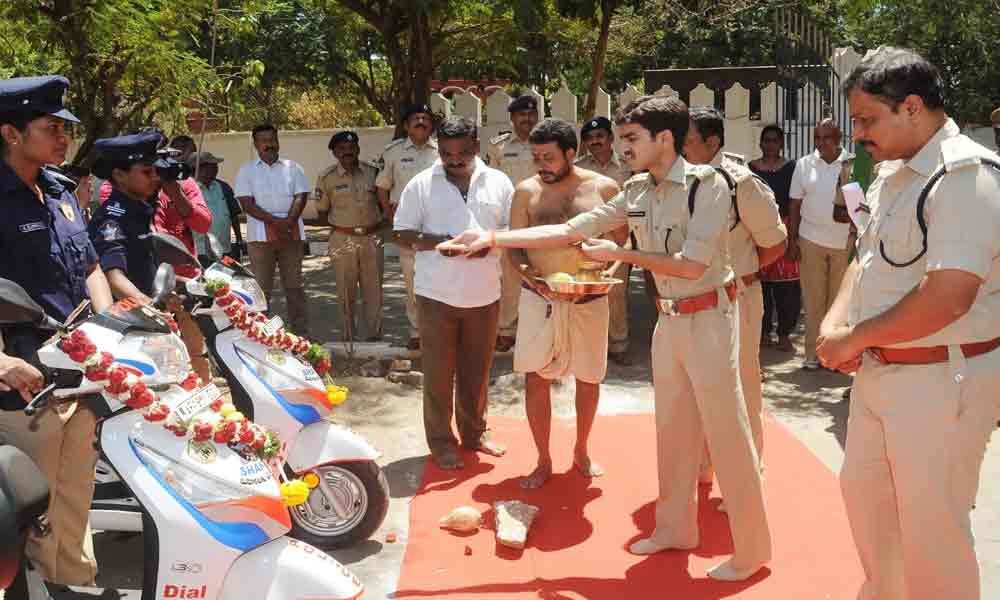 District Superintendent of Police (SP) Aishwarya Rastogi said that atrocities on women can be controlled with coordinated efforts by all police personnel.

Nellore: District Superintendent of Police (SP) Aishwarya Rastogi said that atrocities on women can be controlled with coordinated efforts by all police personnel. The SP distributed two-wheelers to the team members of Shakti team in the city on Thursday. Speaking on the occasion, he mentioned these teams work as patrolling personnel for preventing eve-teasing and attacks against women and students across the district.

Nowadays, he said safety for women in the society is crucial and the governments have been giving top priority for such issues. He stated they have been keeping an eye on such habitual eve-teasers and providing counselling for them.

These teams also provide awareness on good touch and bad touch to girls, awareness on POCSO Act and ill-effects of child marriages and other issues. Aishwarya Rastogi said that these teams also coordinate with other departments and non-governmental organisations for controlling crimes against women. He gave suggestions to team members how to take up tasks and prevent crimes.

In the programme, 4 vehicles have been allocated to Nellore city; 2 for Nellore Rural; 2 for Gudur; 1 for Kavali; and 1 for Atmakur town. Additional SP P Parameswara Reddy, Additional SP (AR) Veerabhadrudu, and other officials were present.