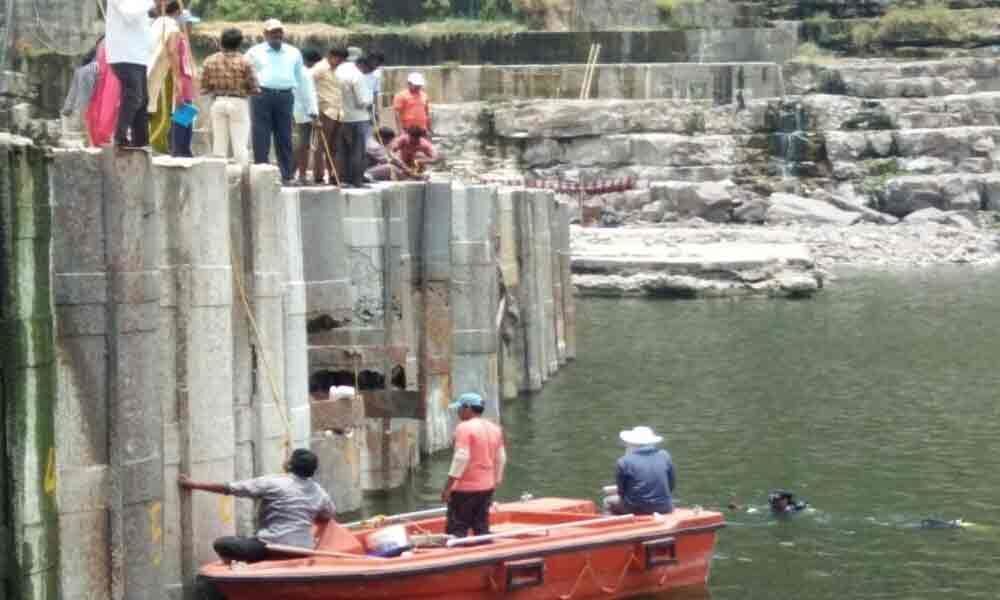 A team of scientists belong to National Institute of Oceanography (NIO) from Goa and experts from Visakhapatnam have conducted a survey on plunge pool in Srisailam dam on Friday.

Kurnool: A team of scientists belong to National Institute of Oceanography (NIO) from Goa and experts from Visakhapatnam have conducted a survey on plunge pool in Srisailam dam on Friday. The team of scientists and experts will study about the safety of dam for a period of ten days. Plunge pool is a shallow pit that forms at the base of the dam when water is released after lifting the gates. According to information, the survey on plunge pool is taken up once in every ten years.

During the survey conducted by the experts in the year 1985 to 1994, they have noted a plunge pool formed to 50 feet. Later, in 1995-2009, the Srisailam dam has received huge amount of flood waters. It is said that a big plunge pool was formed with the release of water to downstream. After 2009, the Central Water Commission (CWC) expressing doubts about the safety of dam has ordered the experts team to initiate necessary safety measures.

Following the orders of CWC, the NIC scientists has conducted a survey by taking under water videography. While video-graphing, the scientists have noted a big shallow pit was formed 200 metres away from sixth and seventh gate.

The contents noted by the scientists and expert team have been informed to officials of the Irrigation department, it is said. When The Hans India tried to get more information with the Superintending Engineer (SE) of Srisailam dam, he did not respond the call.