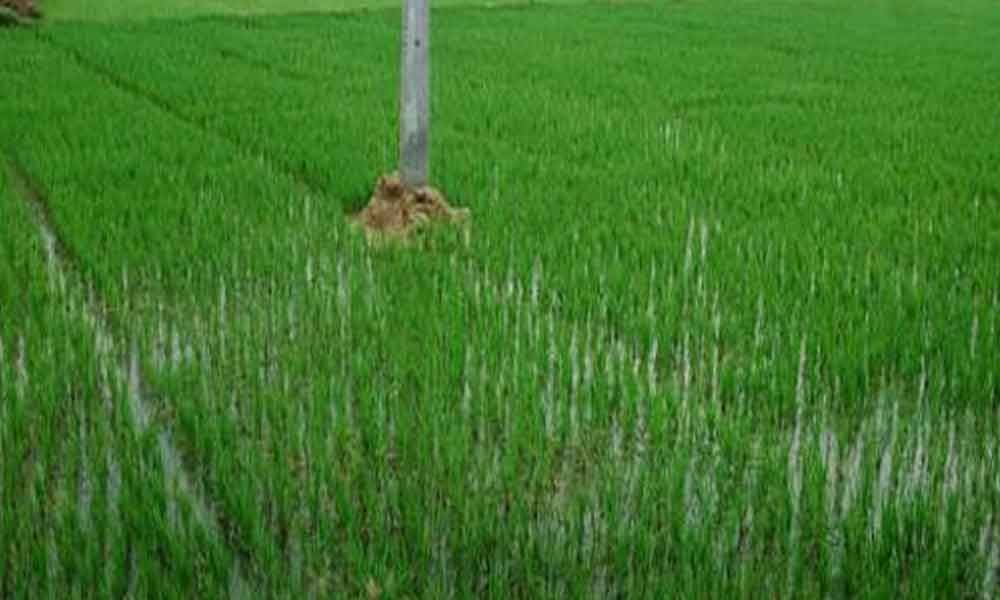 District officials are now focusing on resolving the issues of dotted lands where farmers have been facing the cumbersome process for registrations.

Nellore: District officials are now focusing on resolving the issues of dotted lands where farmers have been facing the cumbersome process for registrations. In the survey conducted about 100 years ago, the officials had failed to mention the names of owner of the lands, they had put some dots in the records. This has become a major hurdle for registration of such lands.

There are around 3.70 lakh such dotted agriculture lands across the district and the revenue officials had received around 3,500 applications for resolving the issue. The State government received requests from the farmers during the first quarter of the last year and they have been lying at the tahsildar's offices without any progress.

These lands were registered up to 2016 and the State government had directed the registration department not to register them till approval from the government imposing a ban on the transactions.

Some farmers approached the courts and in 2017, it was decided that the lands will be registered if the farmer produces the documentary evidence of possession for the last 12 years or more without any claims on such lands.

But farmers had to face several hardships to get ownership documents to produce the same in revenue offices. Around 9,000 applications received last year and among them 100 were resolved which indicates the lengthy process.

According to officials, there are around 61,000 applications pending for the clearance for registration in the state to the total area of 24 lakh acres of dotted lands. The decision of the then state government was not clear and the officials were also silent on clearing the huge bundles of applications.

"We have resumed the issue of clearing the dotted lands as per directions of the government. We have 3,500 applications in pending and cleared around 200 till now," said the Joint Collector Dr Vinod Kumar Vasudev, interacting with The Hans India.