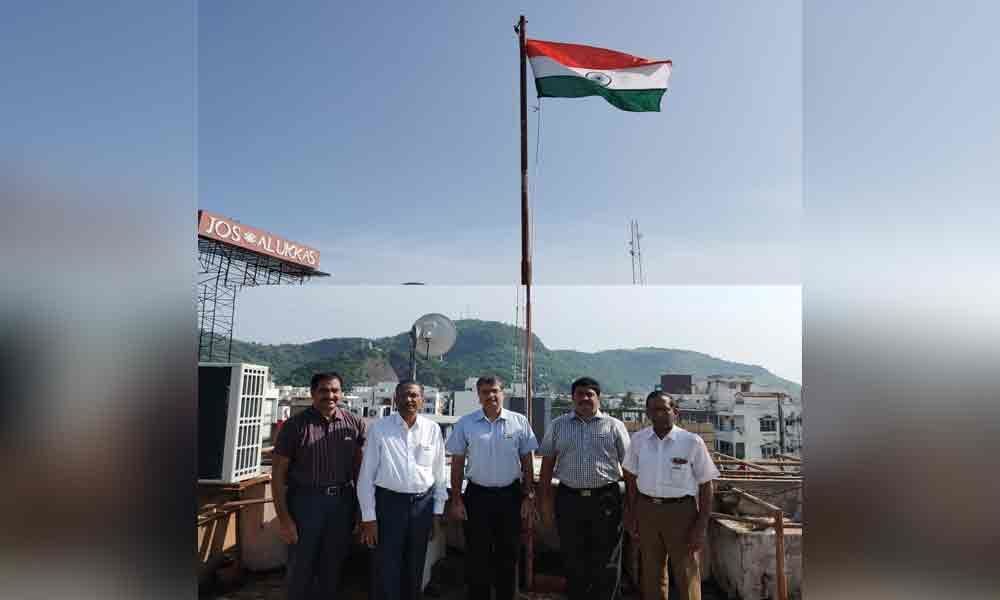 The flag hoisting ceremony to mark the 73rd Independence Day was celebrated at various places on a grand note on Thursday.

Vijayawada: The flag hoisting ceremony to mark the 73rd Independence Day was celebrated at various places on a grand note on Thursday. The Tricolour was hoisted at schools, colleges, offices, political party officers, private organisations, NGOs and other places to mark the occasion.

At Andhra Loyola College, Rev Fr GM Victor Emmanuel, college principal, addressed the staff, students and NCC cadets of the college. He said that this generation may not know the struggles faced by our ancestors to obtain Independence. It is very important to learn valuable lessons from them, he said.

At Siddhartha Public School, K Sandhya Rani, Joint Commissioner of Income Tax was the chief guest of the function. After hoisting the national flag, the chief guest witnessed the cultural programmes presented by the school children. The fruits of freedom we enjoy now were achieved by many martyrs' sacrifices. Students being the future citizens of tomorrow should always remember the spirit of freedom and spread the glory of our country far and wide, she said.

Dr NTR University of Health Sciences Vice-Chancellor Dr CV Rao after hoisting the flag said all the employees should strive for the development of the university. He said that permanent buildings for the university would be built at Amaravati soon. University professors and other staff were present.

At Maris Stella College, director, producer and founder of AVM Creation Anjani Yalamanchili attended as the chief guest. In her speech, she said that girls should know their rights and they should have the courage to face any challenge. It is the outcome of the struggle and sacrifices.

At present girls should be brave and dynamic. They should not to waste their time with social media and Facebook, etc. Empowerment takes place only when all the women are educated and stand on their own, she added.