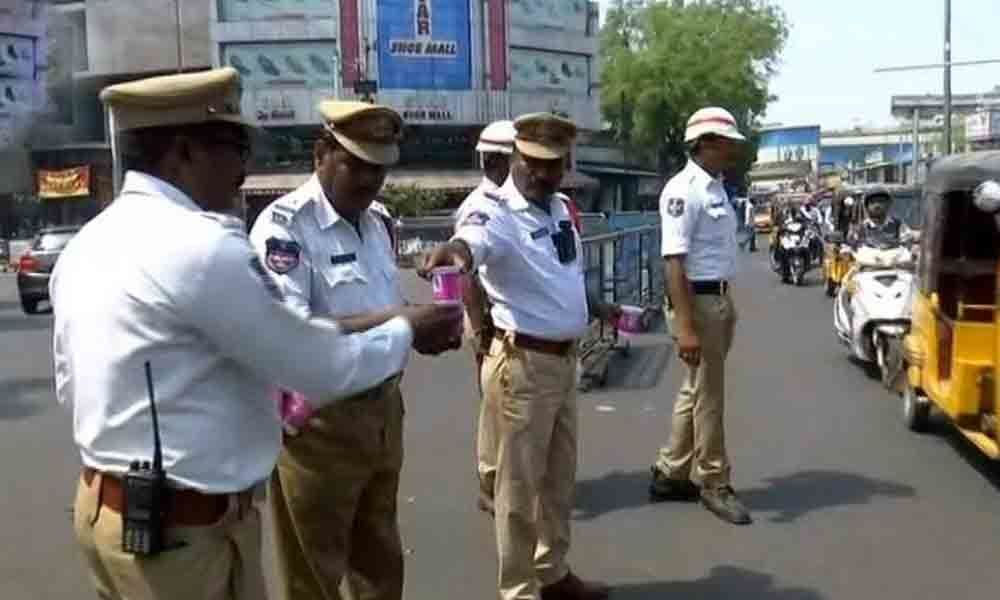 The police have launched special drive throughout the district during the past one week and counselled 6,515 persons and booked cases for traffic violations which include 3,371 for not wearing helmets.

Anantapur: The police have launched special drive throughout the district during the past one week and counselled 6,515 persons and booked cases for traffic violations which include 3,371 for not wearing helmets.

At a review meeting held here on Monday, SP G V G Ashok Kumar has asked the police to work for achieving zero accident rate. A special drive was launched last week in the district which resulted in filing of 83 cases for drunken driving and collecting of penalties worth Rs.1,34,500. A multi- pronged strategy had been adopted for minimising road mishaps and campaign has been stepped up for wearing seat belt and helmet.

He advised the police personnel to conduct the grama sabhas in every village to create awareness among road users on safe driving practices. As many as 6,515 traffic violators had been counselled by using power point presentations on road safety.

Number of persons for whom counselling was given ( police sub-divisionwise): Dharmavaram sub-division 810, in Tadipatri 2015, Penukonda 1,456, Kalyanadurgam 817, Puttaparthi 169. Kadiri 176 and Anantapur 657.

During the past one week 11 persons died in road mishaps in the above police sub-divisions. In case of road mishaps phone numbers 100 or Whats App no 9989819191 should be informed, he added.