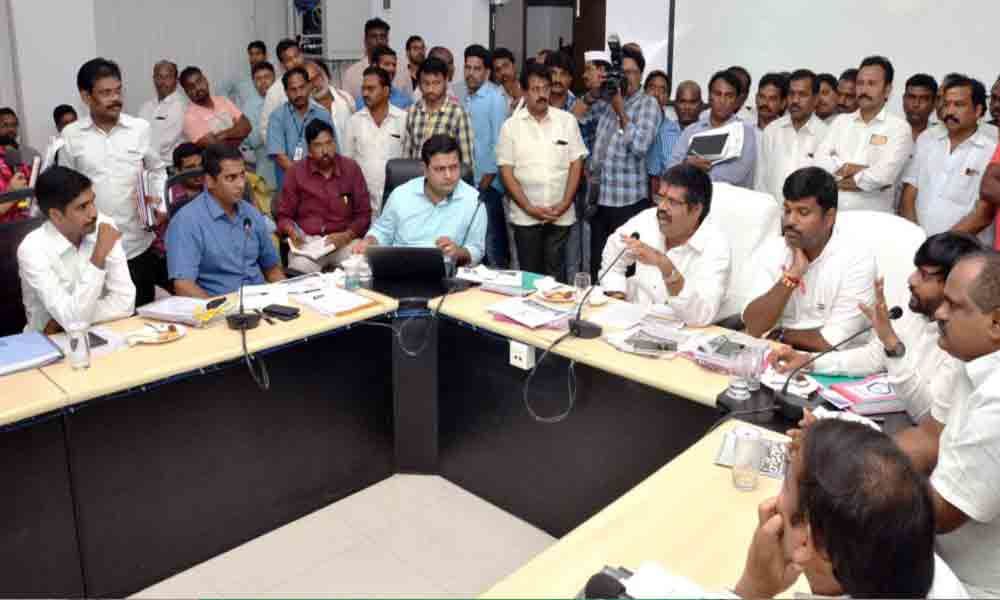 Visakhapatnam: Minister for Tourism, Culture and Youth Advancement Muttamsetti Srinivasa Rao on Friday described Visakhapatnam as the fastest growing city in Asian continent. Addressing a meeting of development and welfare programmes initiated by the GVMC here, he asked the authorities to focus both on the high-rise buildings and slum areas.

As the land value is sky-rocketing in the city, he saw an urgent need to protect lands from getting encroached upon. For the urban development, the Minister said both short-term and long-term action plans are need of hour. Apart from vision, he stated that the officials should work with zeal, making use of resources and manpower to reach out to public. Srinivasa Rao added that all the officials should work in tandem to get the best possible rank in Swachh Survekshan survey.