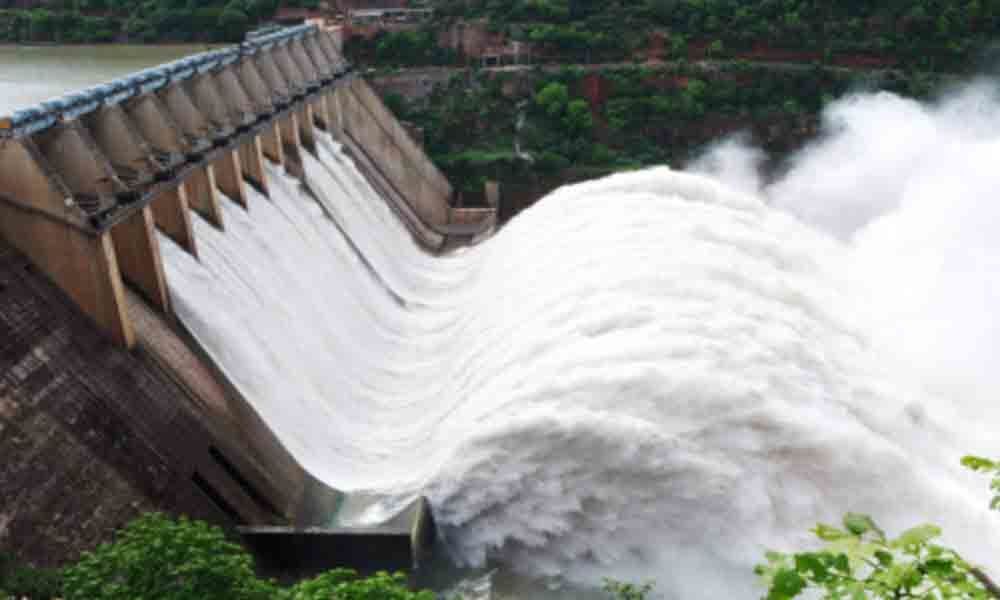 After a long gap, Pulichintala Project is receiving good inflows from the upstream projects.

Vijayawada: After a long gap, Pulichintala Project is receiving good inflows from the upstream projects.

Nearly 40,000 cusecs of water was released from Nagarjunasagar on Monday. As per the inflows, the Pulichintala Project may get full reservoir storage capacity water in the next few days.

According to officials, all the projects are receiving huge inflows from upstream projects due to heavy rains in Karnataka and Maharashtra. The water is being discharged from all the reservoirs like Jurala, Srisailam and Nagarjunasagar in AP and Telangana States.

Almatti has 6.3 lakh cusecs of inflows from the upstream areas while 5.40 lakh cusecs are being discharged to Narayanapur reservoir. Nearly 105 tmcft water is available in Almatti reservoir as against its full storage capacity of 129 tmcft.

Currently, 181 tmcft water is available in Srisailam as against its full storage capacity of 215 tmcft. The project is receiving 5.50 lakh cusecs of inflows while 8.16 lakh cusecs are being released to Nagarjunasagar by opening 10 gates.

Nearly 225 tmcft water is available in Nagarjunasagar project as against its full storage capacity of 312 tmcft. The reservoir is receiving inflows of 6.10 lakh cusecs while nearly 40,000 cusecs are being released to Pulichintala Project. According to officials, the Pulichintala Project may also get full storage capacity of water in the present rainy season if the inflows continue in the next four days. However, already the Krishna district administration alerted the staff to take necessary precautions in view of the flood threat.

Guntur : District officials were put on high alert following heavy discharge from Nagarjunasagar dam on Monday. At present, 3 lakh cusecs of water is being released from the dam following an increase in inflows from Srisailam dam. The irrigation department officials have decided to release 4 lakh to 5 lakh cusecs from Sagar from Tuesday or Monday midnight..

According to officials, the discharge from Srisailam reservoir is currently 8. 5 lakh cusecs, which will take some time to reach Nagarjunasagar dam. When heavy inflows reach Nagarjunasagar dam, the irrigation department officials will release up to 5 lakh cusecs. With release of huge amount of water from Sagar dam, Pulichintala project is expected to reach its full capacity by August 13. Following instructions of district collector I Samuel Anand Kumar, villagers of Vemaravaram, Vegulagadda and Govindapuram in Machavaram mandal who are facing flood threat have been shifted to safer places. The residents of the villages went to relocation colonies of Pulichintala project. Meanwhile, the revenue and police officials warned people to vacate places likely to be affected by floodwater in Bellamkonda immediately.

District collector Samuel Anand Kumar warned the fishermen and people not to venture into the river as flood level is increasing. A control room with a helpline No 0863-2324014 has been set up in the collectorate in Guntur city where irrigation and revenue officials would be available for extending assistance. The collector reviewed the precautionary measures taken by the revenue and irrigation officials in the district.