Rayapati offers his house in Guntur to TDP chief 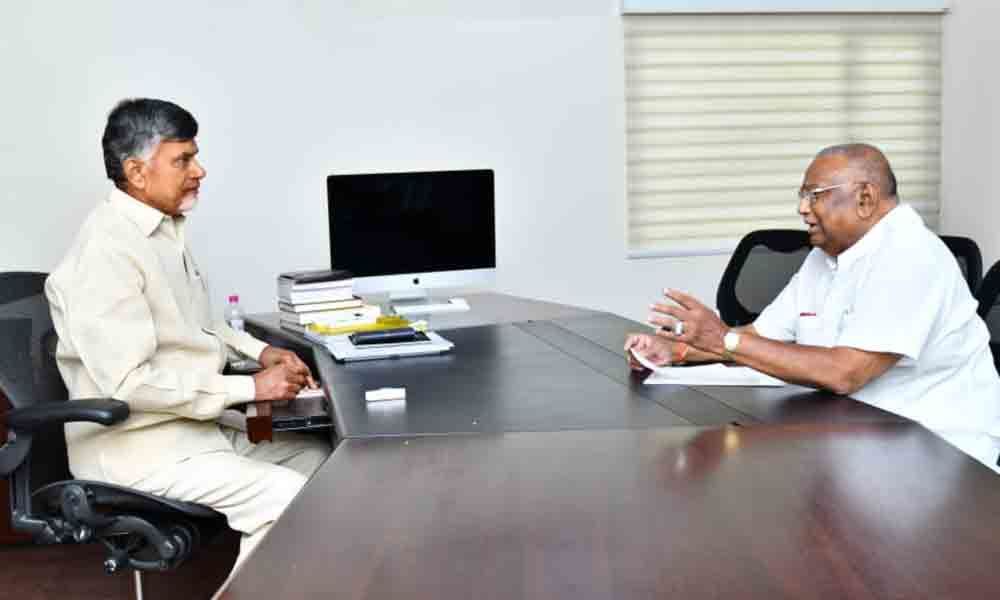 Guntur: Former MP Rayapati Sambasiva Rao, on Friday, met TDP national president and former chief minister N Chandrababu Naidu and offered his house in Guntur city for the latter's stay. He discussed on present developments in the party, defecting of four Rajya Sabha members to BJPand situation in Guntur district. He said that they had discussed steps to be taken to strengthen the party. In a statement,Rayapati Sambasiva Rao said that it is not proper to demolish the Praja Vedika and issuing notice to Chandrababu Naidu residence.He said, people are of the opinion that JaganMohan Reddy is taking revenge on Chandrababu Naidu. He suggested to the Chief Minister to concentrate on development activities.