Removal of celebrities statues in Visakhapatnam 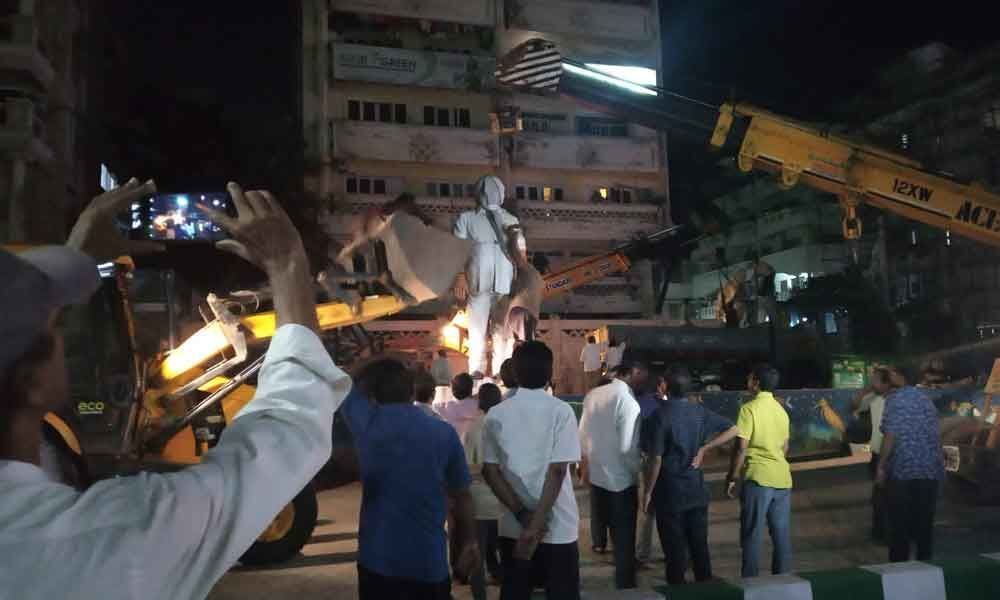 The statues of actors Akkineni Nageswara Rao and Nandamuri Harikrishna and director Dasari Narayana Rao that dot the Beach Road have now been demolished.

Visakhapatnam: The statues of actors Akkineni Nageswara Rao and Nandamuri Harikrishna and director Dasari Narayana Rao that do the Beach Road have now been demolished.

These statues were uninstalled by the civic authorities on Monday midnight based on the directions of the AP High Court.

It may be recalled that some civil groups have moved the court against the installation of these three statues terming it illegal ahead of General Elections. Following the petition, the court directed the civic authorities to initiate measures for removal of the statues.

According to sources, the civic staff removed the statues during midnight to avoid any resistance from the public.