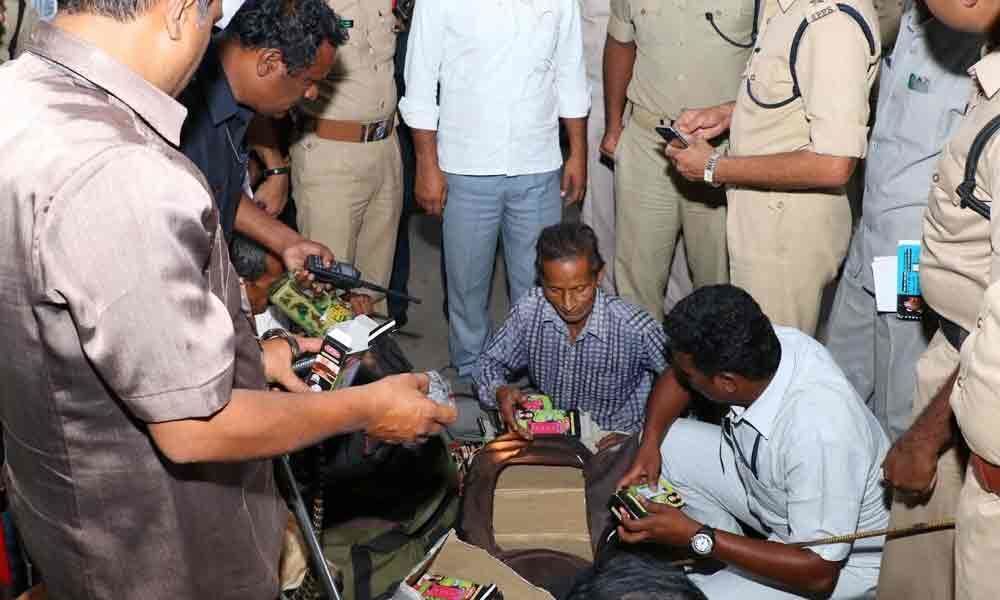 In the wake of serial blasts on Easter Sunday in Sri Lanka, Chittoor and Tirupati Urban police issued a high alert in the district particularly for Hindu temples.

Tirupati: In the wake of serial blasts on Easter Sunday in Sri Lanka, Chittoor and Tirupati Urban police issued a high alert in the district particularly for Hindu temples. The security was heightened at world famous Lord Venkateswara temple in Tirumala and also for temples at Tiruchanur, Srikalahasti and Kanipakam.

One of the reasons for sounding alert was Chittoor district shares border with Tamil Nadu State. Five years ago, an exchange of fire took place at Puttur town on a specific information that members of a terrorist group were hiding in which Tamil Nadu police also took part. Puttur is just 32 km away from Tirupati.

Urban SP KKN Anburajan gave standing instructions to bomb disposal squads to carry out regular checks in and around temples. In addition, local police have intensified patrolling to detect movements of suspicious persons. The intelligence sleuths are keeping close watch on Madrasas at Tirupati, Renigunta, Madanapalle and Piler.

One of the senior intelligence officials speaking to The Hans India on the condition of anonymity said that they are suspecting threat every time any VIP visits Tirumala. Urban SP told The Hans India on Saturday that bomb disposal squads are thoroughly checking temples as part of routine. "We are coordinating with TTD Intelligence officials in taking precautions for security of temples," he stated.

On Saturday, the police released to media an official warning note sent by Intelligence Bureau (IB) to Urban police. Meanwhile, the cops sent away from 11 persons from Tirumala to Tirupati on suspicion. The SP urged the residents and pilgrims to inform police through Whatsapp number 8099999977 if they come across abandoned bags and movement of suspicious persons.