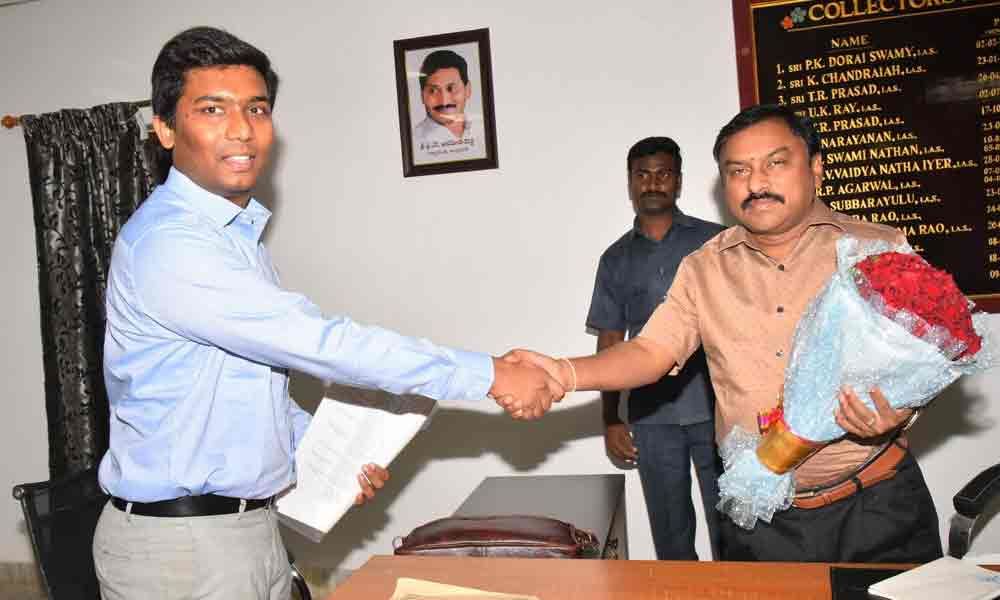 Ongole: New Joint Collector of Prakasam district, Sagili Shan Mohan took charge in his chamber in Collectorate here on Thursday. A native of Anantapuram district, Shan Mohan completed BE Honours in BITS Pilani and did MBA from IIM Ahmedabad. He started his career as a civil servant in 2013 as the trainee collector in Prakasam district and worked as ITDA PO, additional commissioner in CRDA and in other positions.

The district officials, collectorate staff, leaders from revenue and other associations and organisations congratulated him and wished him all the best. The Joint Collector said that he is happy to work again with the officials and staff he worked earlier as the trainee collector and assured that he would do justice to his duties and public to the full extent.