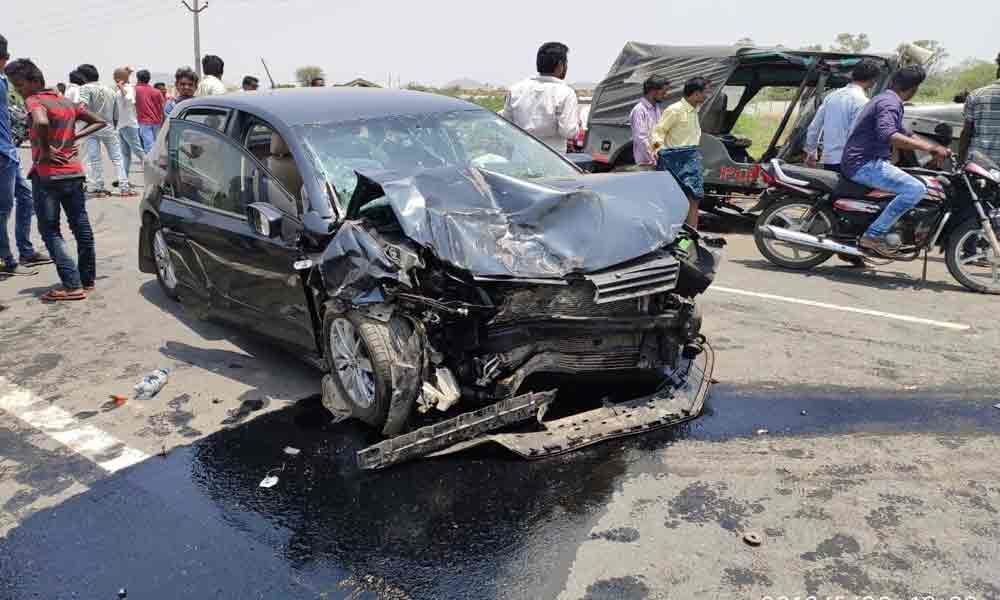 The Pamur SI and four other constables were severely injured in a road mishap on the highway between Pamur- Kanigiri on Sunday.

Kanigiri: The Pamur SI and four other constables were severely injured in a road mishap on the highway between Pamur- Kanigiri on Sunday. According to the locals and police department, SI Rajkumar and other police personnel were travelling to Kanigiri from Pamur on Sunday afternoon.

Their vehicle was hit by an over speeding car travelling in the opposite direction from Guntur to Mydukur. The police found that the car driver is sleepy while driving the car and unable to control the car behind the wheel. The severely injured SI and other constables were shifted to Ramesh Sanghamitra hospital in Ongole for better treatment.