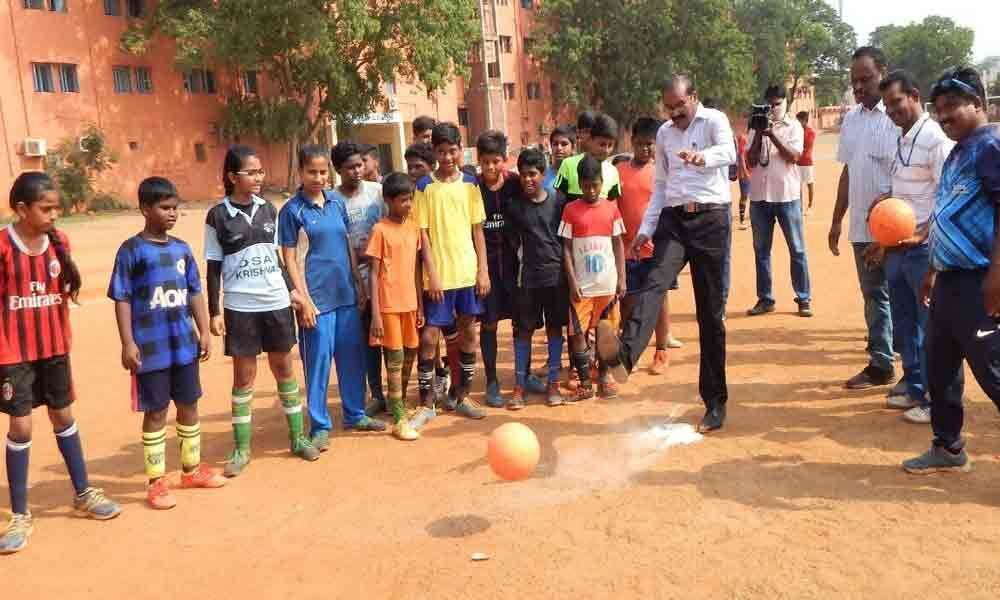 The commissioner said that the students should concentrate on sports apart from academics. He suggested the students to utilise the summer camp classes by learning wholeheartedly in their selected subject. He narrated the stories of some great sportspersons and their greatest victories. This kind of summer camp is very useful to showcase the hidden talent of the students in sports and to make them as a perfect sportsperson, he opined.

He said that the summer camp will be held till May 20 in various municipal schools around the city organised by the VMC. He suggests the parents to take initiative by sending their children for the summer camp to prove their skills in their respective fields.