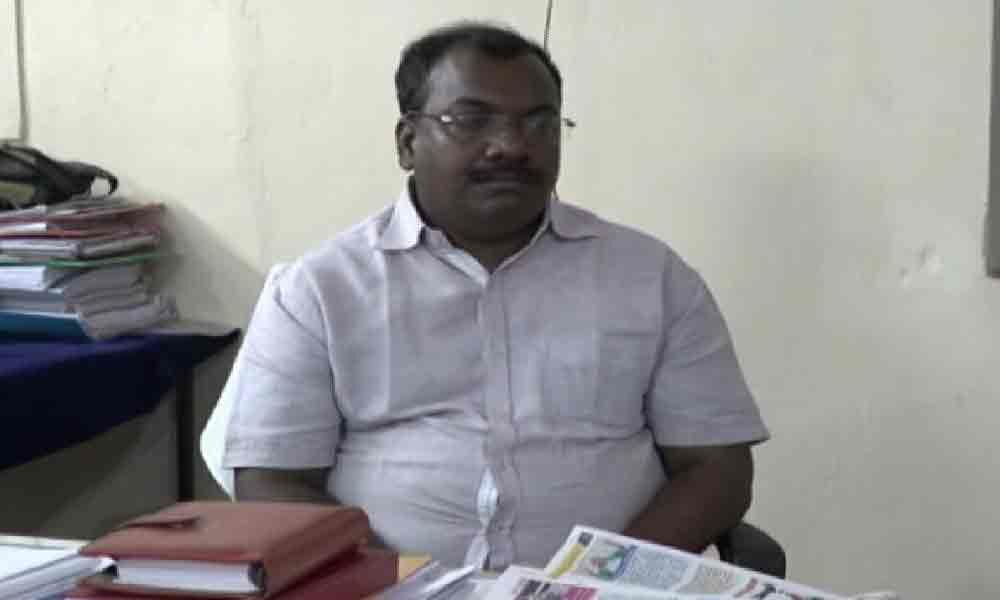 A Tahsildar is caught by the ACB sleuths while accepting bribe from a couple.

Gantyada (Vizianagaram): A Tahsildar is caught by the ACB sleuths while accepting bribe from a couple. On Tuesday B Nageswara Rao, DSP of ACB said that D Sekhar, Tahsildar of Gantyada Mandal was caught by ACB staff while accepting a bribe of Rs 50,000 from an applicant who seeks no objection certificate (NOC) for establishing a petrol pump.

R Srinivasa Rao and his wife Bhavani wanted to open a petrol pump at Karakavalasa village of Gantyada mandal and approached the Tahsildar for NOC. Tahsildar of Gantyada D Sekhar had demanded the couple Rs.50,000 to issue the certificate. Though they had requested him to reduce the bribe amount, he didn't listen to them.

Finally, they are fed up with him and approached the ACB. As per the direction of ACB, the couple handed over the amount in his office and meanwhile the ACB staff caught him red handed. The cash was seized and a case is booked. DSP told that the accused will be presented in the court.