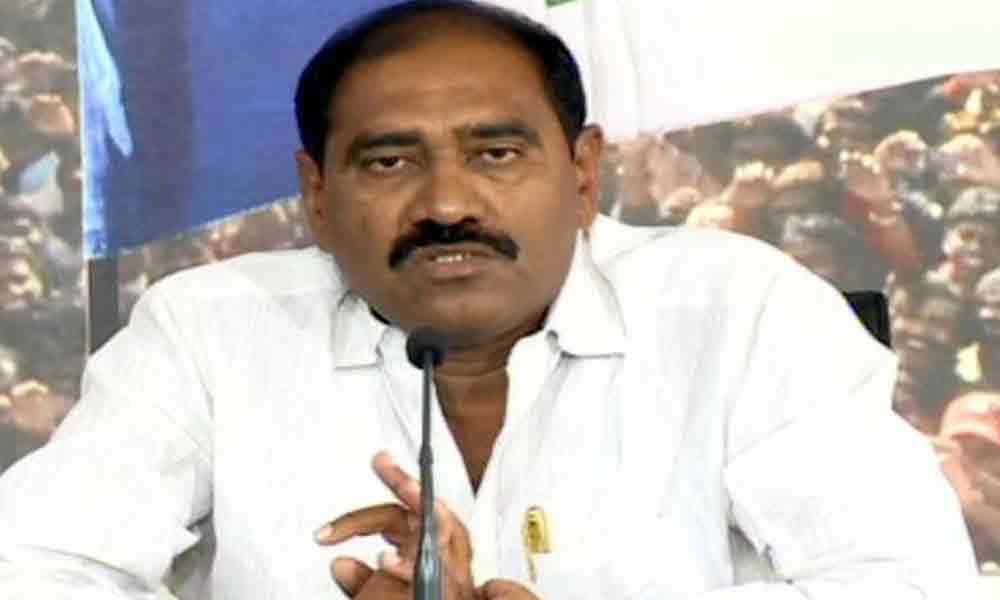 Vijayawada: YSRCP general secretary Talasila Raghuram has been appointed as the programmes co-ordinator to Chief Minister Y S Jagan Mohan Reddy. The government had taken a decision to setup 'Single point of control system' to plan and implement the programmes of Chief Minister in the state.

Consequently, Raghuram has been appointed as CM programmes co-ordinator. The main objective of the appointment is get clarity as to which department has to arrange the programmes of the Chief Minister and pay the expenses for it.

The Chief Minister attends various programmes in the state and confusion prevails which department has to organise and who has to pay the bills. As co-ordinator, Raghuram will take care of such issues. He has earlier worked as the programme co-ordinator for the tours of Jagan during the Pada Praja Sankalpa Yatra and gained experience in preparation of plans for the tours and visits.

He will get the Cabinet minister rank and will have to co-ordinate with the district collectors, superintendents of police, heads of departments and senior officers for preparation of plans for the visits and the tours of the Chief Minister. Raghuram is one of the YSRCP leaders who stood with Jagan for a long time and helped the party in conducting programmes.