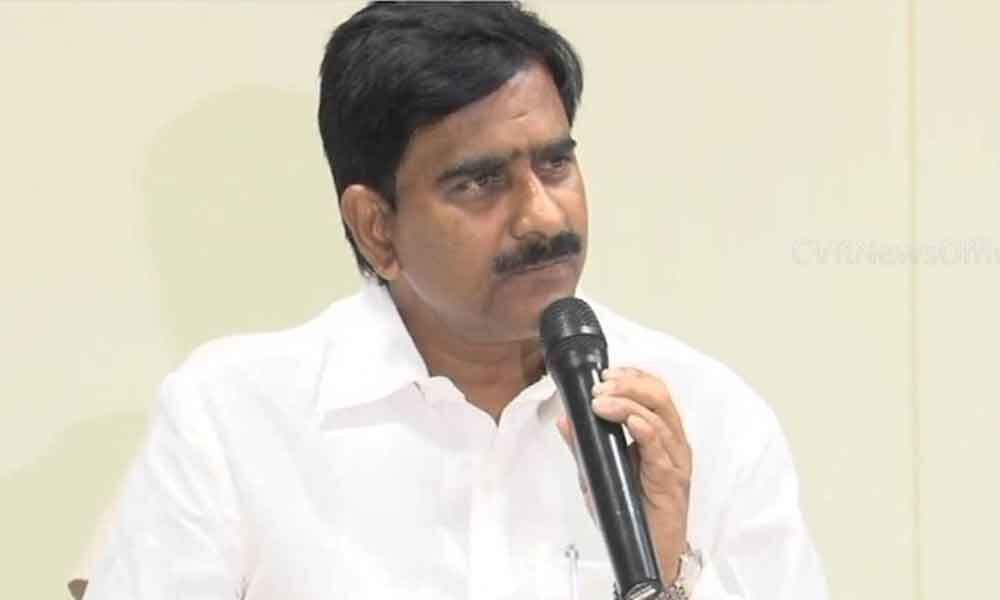 The AP Minister Devineni Uma Maheswara Rao has made serious comments against Prashant Kishor team in Vijayawada on Monday.

Vijayawada: The AP Minister Devineni Uma Maheswara Rao has made serious comments against Prashant Kishor team in Vijayawada on Monday.

Speaking to media, Devineni alleged that the YSR Congress Party has paid Rs 300 crores to PK team to make conspiracies against TDP during the polling time.

In spite of their plans, TDP is going to come into the power in the state, and this information has been given to him by one of the members of the PK team.

On the occasion, Devineni Uma fired at PM Modi, Telangana CM KCR, and YS Jagan Mohan Reddy that these three are trying to win the elections with conspiracies.

He said KCR and TRS MP K Kavitha, who filed cases to stop Polavaram project are supporting YS Jagan. The YSRCP activists are trying to create violence in the villages.

For the hard work of CM Chandrababu Naidu, the people have given their judgment through votes. With Rs 50,000 crore the construction workers of Capital city are continuing in Amaravati, and 70 percent of Polavaram project workes have been completed.

He said that when so many development activities are going on in the state, but YS Jagan says that there is no foundation laid for the Polavaram. In all these years he not even for once visited Polavaram project and Amaravati capital city.

Minister said that YSRCP tried to decrease the polling percentage, but they failed, the voters have turned out to polling stations in huge numbers.