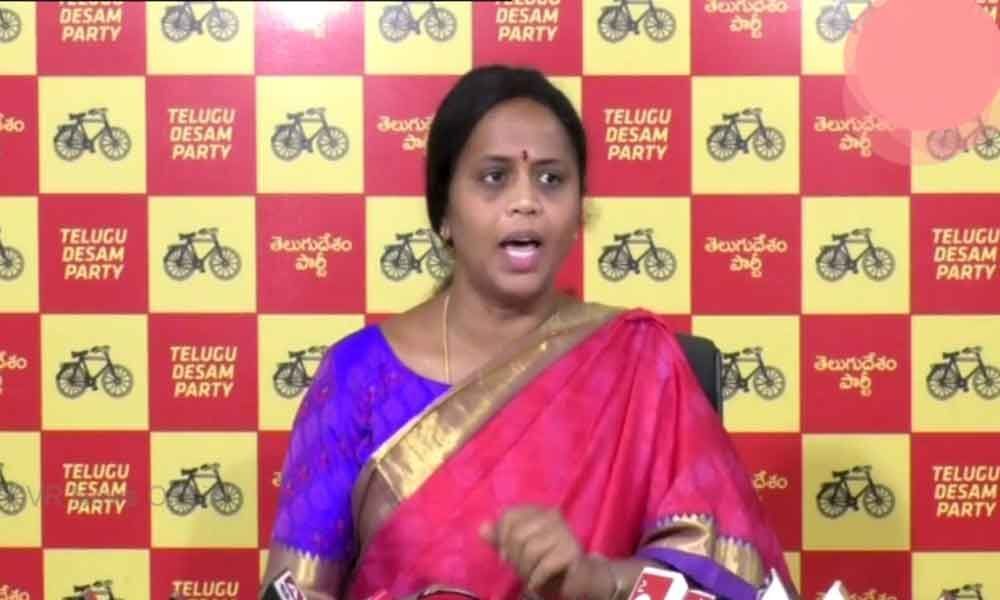 She criticized that CS means Chief Secretary for the state, but they not expected that it will change as Chevireddy secretary. She also said that conducting repolling in phase is only seen in AP.

Anuradha questioned why Chevireddy Bhaskar Reddy has complained to CS, without complaining to the EC?

She demanded that the Election Commission should also immediately consider the complaints of TDP and conduct the repolling.

She alleged that the BJP has insulted the father of the nation Mahatma Gandhi. She also demanded the EC to take actions against the BJP leader Sadhvi Pragya Singh for calling Nathuram Godse as a national hero.