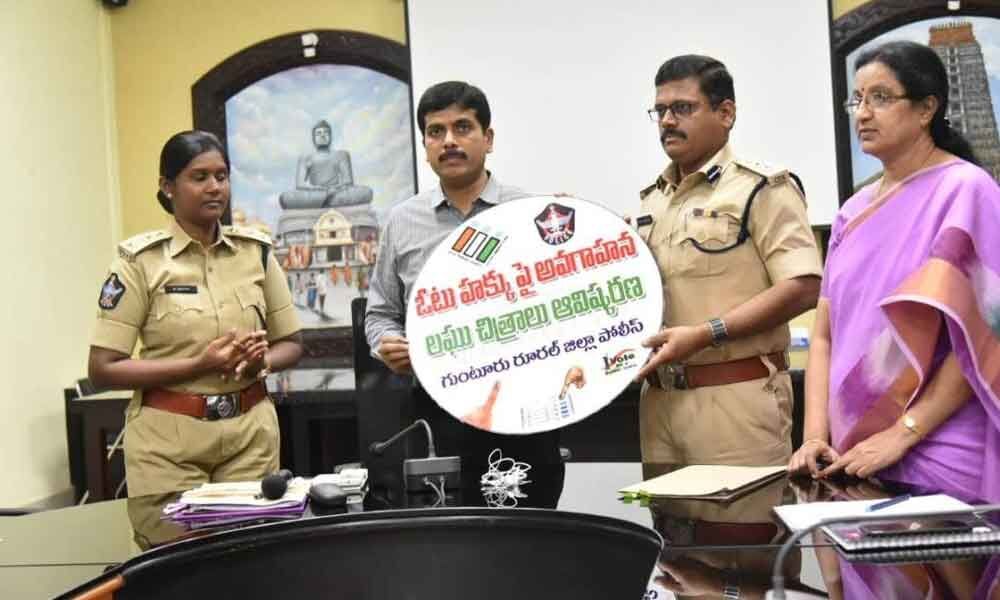 Guntur: District Collector Kona Sasidhar released three short duration video films to activate the voters to cast their vote at a programme held at Collectorate in Guntur city on Thursday.Speaking on this occasion, he urged the voters to exercise their franchise and added that the district administration has taken steps to conduct polling in peaceful manner. He stressed on need to increase polling percentage.

He appreciated Tenali DSP Snehita for shooting the short films.He said the aim of the video film was not to feel as holiday on the day of polling but to allot some time and exercise franchise. The second video was taken to send message of not to sell valuable vote for liquor or money and third video clipping was taken on c-vigil to complain for violation of Model Code of Conduct.

Guntur rural SP SV Rajasekhara Babu said that three video films shot with the police personnel and added that so far 350 complaints were received through the c-vigil.